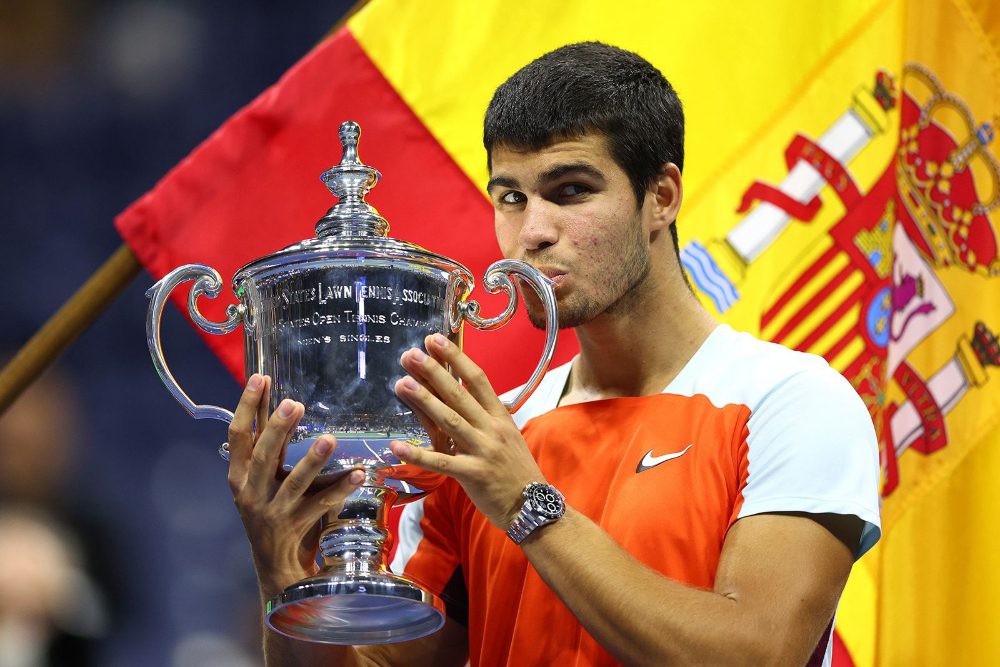 On Sunday evening, after two weeks of incredible tennis at the US Open, the tournament concluded with Carlos Alcaraz, a 19-year-old Spanish phenom, winning the men’s championship. In doing so, he also became the youngest player to ever hold the No. 1 ranking in the world.

Alcaraz got to the finals by winning several five-set, five-hour matches. This included his quarterfinal match against the ascendant American Francis Tiafoe, whose incredible backstory is probably worthy of its own Friday Forward.

Alcaraz possesses rare physical talents for someone his age. However, what impressed me most as I watched him play throughout the tournament was the mental side of his game.

Alcaraz faced many deficits in his matches throughout the tournament. However, whenever he lost a big point, game or set, he was remarkably stoic. No matter what, he seemed to be able to keep his mental game intact which was seen through his body language; in contrast, you could see many other players appear defeated during key points of the match, impacting their play on the next point.

Furthermore, when Alcaraz was on the losing end of an especially well-played point, I often saw him smile, seemingly in appreciation for the quality of tennis. It was as if he was in the stands watching the match, rather than battling to win it; he always seemed to be having fun even during the toughest moments.

While there are many ways to win and lose a point in tennis, there are fundamentally two extremes. The first is when one player hits a shot that the other player cannot get to, which is called a “winner,” and the other is when a player makes an “unforced error” (UFE), such as when they hit a shot out of bounds or into the net even though it should have been easy to keep the ball in play.

Players often get frustrated and lose their temper when they make UFEs, and it’s also considered poor sportsmanship to celebrate the other player’s UFE. One sign of a good sport is when a player shows appreciation for an opponent’s winner, often by clapping one hand against the racket strings as a form of applause. No competitive athlete likes to lose a point, but this practice has always been a great way to demonstrate respect and sportsmanship. Notably, Alcaraz did that often.

I thought often of Alcaraz as I watched one of my own sons play in a tennis tournament last weekend. In particular, I had a heightened awareness of how different kids responded emotionally in their matches.

Almost all of the kids who displayed great sportsmanship would acknowledge an opponent’s winner with a racket clap. These were the same kids that seemed to appropriately celebrate their own winners, limit their temper after points they lost and avoid any arguments about line calls. In contrast some of the boys would get extremely frustrated after bad shots, even yelling out in exasperation at points. At one point, I heard a player yell “I suck, why do I even play tennis!”

While the outcome of what we do in life is important, how we play the game is often equally important. Being a good sport shows respect to your opponent, but it also demonstrates self-respect and helps keep your emotions in check so that they are not a liability to your performance. Intensity and good sportsmanship don’t have to be mutually exclusive.

For anyone who watched Carlos Alcaraz at the US Open, it was hard not to be impressed by his raw ability and his physical talent—those gifts are not easily emulated. But anyone can learn from what I found to be more impressive than Alcaraz’s obvious talent: his resilience and focus when things weren’t going his way, his humility in victory, and his grace in defeat.

Finally, and most importantly, it’s always good to make sure you are enjoying the journey on the way to your destination.

While Alcaraz’s victory pushed him to the top of the world tennis rankings, I believe it was the way he won that most captivated what I am sure will be a growing legion of fans.

“It is your response to winning or losing that makes you a winner or loser.”