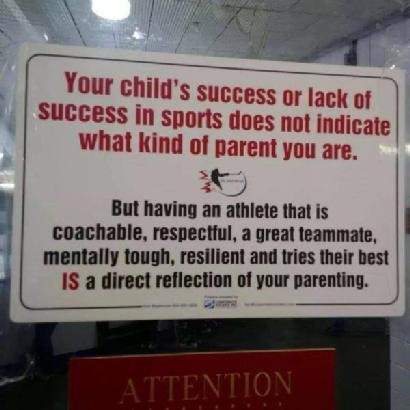 We all need room to make mistakes. The goal should be to learn from them and move forward, without repeating them. An example of restricting that freedom is Volkswagen’s diesel engine debacle. According to many company executives, former CEO, Martin Winterkorn, was demanding, authoritarian and abhorred failure; he also fostered a climate of fear.

A key part of Volkswagen’s aggressive growth strategy was a new diesel engine that would deliver low emissions and high efficiency; the automotive Holy Grail, if you will. The problem was that, as the engine came into production, it didn’t meet the goals Winterkorn had publicly stated it would. Too afraid to bring this failure to their boss, the engineers used their collective ingenuity to cover up the problem, leading to billions of dollars in losses and damage to the brand.

A great example of a leader embracing failure can be found in Ray Dalio’s best-selling book, Principles. In it, Ray speaks about an expensive oversight that an employee made at his hedge fund and his decision not to fire the person. Ray believed that firing the employee would encourage others to conceal their mistakes out of fear.

Instead, Ray used the experience to create a “mistake log” where all mistakes were reported and logged company-wide so others could learn from them. Now, making mistakes is not a fire-able offense. However, failing to report a mistake is.

The concept of failure is a nuanced one with many cultural implications. But ask any successful person and they’ll tell you how failure and learning from it contributed to their success. Sadly, so many parents today are robbing their children of this valuable experience.

Sure, these “helicopter” parents may be well-intentioned, but they are grossly overreaching. Because they can’t handle seeing their kids truly be challenged, uncomfortable or, god forbid, fail at something, they interfere in every area of their lives.

I strongly believe that this explicit and implicit discouragement of failure poses a serious and growing threat for the development of an entire generation. And I’m clearly not the only one.

My youngest son’s soccer (“football,” for those of you outside the U.S.) coach, Sean Napier, sent a strongly-worded note out to parents last week, which I applaud. Sean’s words are an important reminder for both parents and business leaders of how we need to cultivate an environment that fosters failure, growth and self-discovery. It’s also a great example of how an organization can set clear standards and guidelines for acceptable behavior.

“Team,
I hope you enjoyed the weekend games. I want to take this opportunity to remind you about the conduct of parents on the sideline during games. This is a huge topic within youth sports and particularly with youth soccer. Unfortunately, on more than one occasion this fall, I have received negative feedback regarding the ‘coaching’ that is coming from the parents within the X group. This is something I feel very strongly about; there should be zero instruction coming from the parents side. Words of encouragement are welcome, but that is it. I am usually focused on what is happening on the field, so I do not hear it. There is no reason for any players on any of my teams to feel uncomfortable playing in front of their parents or teammates parents because of negative comments or instructions coming from that side of the field. Moving forward, there will be a zero tolerance policy with regards to this. If I hear any instructions coming from the parents side, I will have the referee stop the game and ask you to leave. This is not the World Cup; the boys are 8 and 9 years old! You pay a lot of money to have me coach your son; please leave the coaching to me.

I was at the field early yesterday watching games from the parents side and some of the stuff I heard being shouted onto the field was nonsense. I am guilty at times of over-coaching during games, but I try and help them through guided discovery and asking questions.

If a player is constantly being told what to do by a coach or a parent from a sideline, or constantly yelled at for their mistakes, is the player really taking anything from the experience?  Coaches and parents who find it necessary to shout instructions to individuals or coach their team through the entire match are eliminating one of the most important aspects of a players development, the ability to make mistakes. Allowing players to make mistakes on their own, without the threat of immediate backlash from a coach or parent, or without the ability to blame someone for shouting the wrong instruction to him or her, is one of the critical elements to any players growth in the game. Players need to make mistakes on the field in order for them to realize what needs to be done the next time around in order to see a different outcome.

I came across this analogy which I think is pretty accurate…

‘A GPS system is great for getting from point A to point B, but most of the people who use a GPS tend to pay a lot less attention to where they are going.  Many people end up relying on the GPS to the point where they cannot find their way without it, even when they have been on the same route multiple times. In a similar manner, coaching from the sidelines can hinder players from developing the crucial ability to make their own decisions and think for themselves.

For drivers who do know where they are going, the GPS can be a real annoyance, cutting into the songs on the radio and interrupting conversations with the passengers to tell the driver information they already know. At worst it is a distraction that might prevent the driver from concentrating on the road.

Now imagine if your GPS could not be turned off, and that it always presumed to know where you were going without ever asking you. Let’s further suppose it didn’t appreciate you exploring a side road or detouring to that espresso stand, and got increasingly loud and angry if you failed to follow its directions. “Take the next right turn …” “When possible make a U-turn” “Recalculating route …”  “When possible make a U-turn …” “Recalculating rout …”   “HEY DUMMY, YOU’RE GOING THE WRONG WAY!”

What would driving be like if you had a GPS like this?  It would be a lot like trying to play soccer while people on the sidelines were constantly yelling at you.

Bottom line: If we want our young players to develop and have fun, we need to learn to shut up and let them drive.”

“The greatest successes come from having the freedom to fail.”