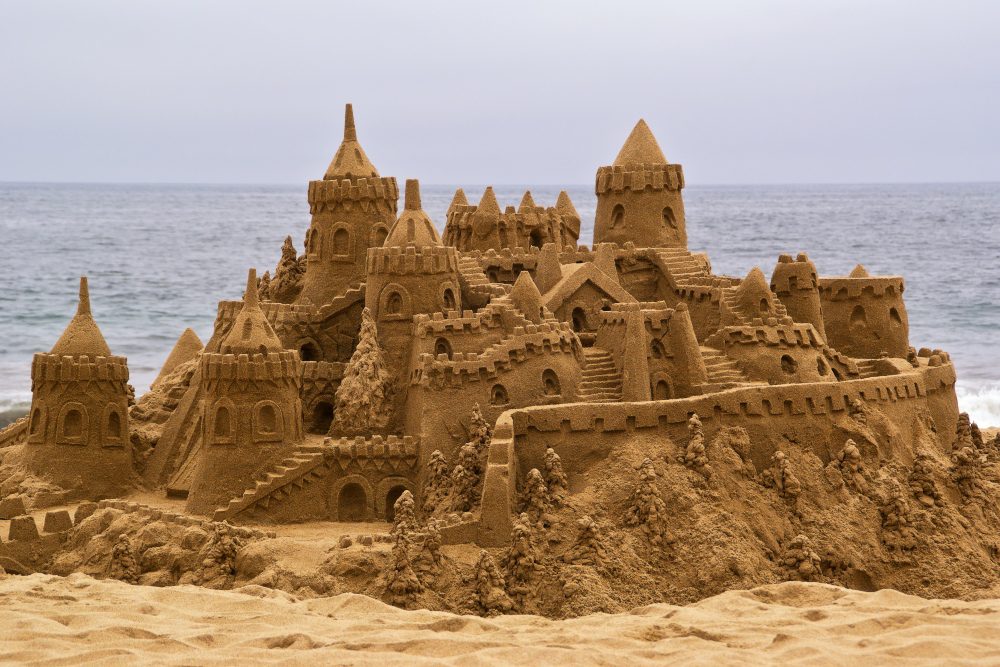 There are two things we are certain to encounter during the first week of the new year: ambitious, life-changing resolutions, and full parking lots at every gym in town.

I tend to be skeptical of the long-term staying power of both these things. My doubts are often confirmed when those same gym parking lots that are packed in early January are half empty by mid-February.

There’s an obvious reason for this—real change almost never happens overnight, and we are easily discouraged when our efforts don’t yield quick results. Meaningful improvements require intentional, disciplined pursuit of small steps forward. I’ve found that the more radical an attempt to change behavior or a habit is, the more likely it is to fail.

With that said, many of us do find ourselves with increased motivation at the beginning of a day, month or, especially, year. The start of a new year is a natural point of reflection and recalibration to assess what you want most and to re-align your life, habits, and goals around those principles.

Through many years of trial and error, here are some best practices that I have found that you can use to set achievable goals for 2023 and begin to reach your full potential.

I like to pick one or two goals across the spectrum of Family, Personal, Business and Community, making sure each of the goals are SMART (Specific, Measurable, Attainable, Realistic & Timely). For example, “get in shape” is not a SMART goal; “run a 10k by Sept 1st” is.

Leverage The Domino Effect
The domino effect demonstrates the power of focus and prioritization. If properly aligned, a domino in a chain can knock over another domino that is 50% bigger. While that doesn’t seem like much, this compounding effect can be significant. Following this example, it would only take 29 dominos to knock over the Empire State Building.

This analogy has helped me understand the importance of identifying the “one thing” that is most important, and then breaking it down into small, achievable tactics, or “dominos,” that build toward the larger objective. Many things I would have previously set as goals are now just supporting tactics; they are the means to a greater end. Understanding the distinction is important; tactics can change but the most important thing should not.

Focus on Habits and the One Percent
Most of us expect change to happen immediately and lose patience waiting for our efforts to produce results. But lasting change only manifests after doing small, seemingly insignificant things each and every day.

In his bestselling book Atomic Habits, James Clear calculated that if you can get just one percent better at something every day, you’ll end up thirty-seven times better at it by the end of the year. Conversely, if you get one percent worse each day for one year, you’ll decline nearly down to zero.

Say No More Often
Often, we’re very focused on new things we want to add at the beginning of the year, but we won’t have the time if we don’t learn to say no or cut back on existing commitments. These popular Friday Forwards have more detail on how to do this:

Create A Dashboard
What gets measured gets managed; you need a scoreboard to keep track of how you’re doing. The Whole Life Dashboard (WLD) is a great tool to help you align your goals and daily commitments to your values and to measure your progress.

Almost every morning, I take time to review my WLD and my one-page goal sheet, which outlines my four or five major goals for the year and the supporting tactics for each one. By doing this, I can identify my top priorities for the day and ensure that my efforts and focus remain aligned with my objectives.

The beginning of 2023 is as good a time as any to make the things happen in your life that you have been putting off for too long. With that, here’s some final parting advice:

The journey towards achieving your 2023 goals is not a sprint, but a marathon. It requires resilience and perseverance, as the finish line will often seem distant on the horizon. It’s not about how quickly you start, but about your ability to maintain focus and determination until you reach your destination.

“A goal without a plan is just a wish.”