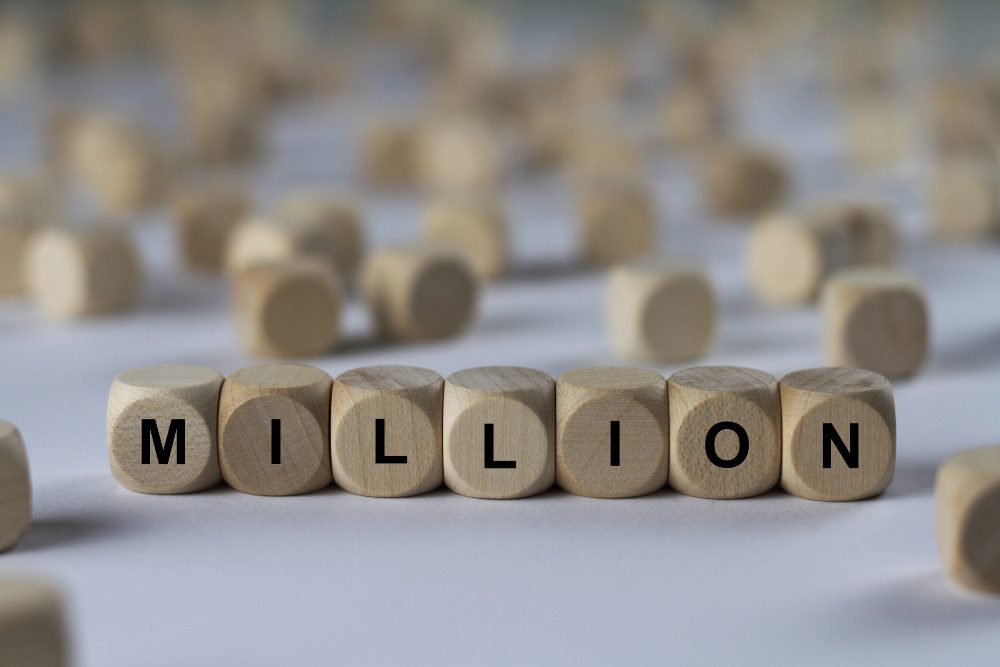 When it comes to long-term planning, I always like to have a few BHAGs, or big hairy audacious goals, in progress at any given time. Delayed gratification is a lost art in today’s world, but given that one of my core values is long-term orientation, I find it rewarding to chase down a BHAG. And there is something about the sound of one million that makes it an ideal target.

A few weeks back, my Elevate Podcast hit 1,000,000 downloads. This achievement, which puts the show in the top one percent of all podcasts, is something I first put on my BHAG list in 2020.

When reaching a major goal, I find it can be instructive to look back on the journey for learnings. When I did that after hitting the one million downloads mark, I reached the following reflections, which may help you as you work toward your own goals.

Just Start
The funny thing about this goal is that starting a podcast wasn’t even my idea. Instead, it was the brainchild of Acceleration Partners’ editorial content director Lenox Powell, who wanted to launch a company podcast about performance marketing. I followed her lead, but decided to broaden the content to be more about performance in general and targeted some of my favorite thought leaders as guests.

In life and business, I have started countless new initiatives that ended up failing. But I have never been successful in something that I did not even start in the first place.

Take The Long View
A few years in, the non-marketing side of the podcast had really taken off, and it suddenly didn’t make sense to have two fundamentally different content tracks on one show. Therefore, I made the decision to split the podcast into two: Outperform remained in place as the official Acceleration Partners podcast, and I launched Elevate as a new podcast, sharing the name of my 2019 book.

This was a painful process; it meant starting from scratch with a brand-new podcast, new branding, and none of the existing ratings, reviews and subscribers we’d earned on Outperform. But splitting the show in two was clearly the right decision, so I took the short-term pain for the sake of long-term gain. It ended up being the right choice.

Less Can Be More
When Elevate first hit its stride in 2021, I was recording every week. Doing so many interviews began to feel onerous and made some of the interviews feel obligatory; I found myself feeling less excited about the show. I also noticed when we took a summer break and re-ran some of the most popular episodes, they did nearly as well as brand new episodes.

In 2022, I decided to only record two new episodes each month. This forced me to target a smaller number of highly aspirational guests who I was really excited to speak with, and to decline nearly every inbound request. I then dedicated the other episode slots to reposting the interviews that resonated best. The results were amazing: the podcast doubled its downloads in 2022, with half the amount of work.

Be Clear On Your Why
This year, I reached out to over 100 podcasts I had previously guested on to ask about a return appearance to discuss my new book launch in March. To my surprise, a huge number of the hosts, including some prominent thought leaders, replied that they had discontinued their shows.

This was representative of a broader trend in podcasting: I think many people started a podcast in hopes of getting massive results overnight. But most success comes from small compounding wins, accrued over years, when almost no one is paying attention.

My goal for the Elevate Podcast was clear from the beginning: I simply wanted to have interesting conversations with people I admired and share them to help people fulfill their own potential. It wasn’t about making money or to grow my business. As I was having those conversations and they were making an impact, that was enough. This clarity of purpose kept me going in the early days when I was lucky to get a few hundred downloads per episode.

I want to thank each and every one of you who helped me break my one million downloads goal in less than four years. If you haven’t had a chance to listen yet, a great place to start is with the 10 most popular episodes of all time .

And if you are a long-time listener, I do have one favor to ask: could you please leave a quick rating or review for the show on Apple Podcasts, Spotify or Stitcher? This is the single best way to help new listeners discover the content and benefit from it.

Now, I’m looking to my next one million BHAG: one million books. I estimate it will take me six more years. What’s on your list?

“A journey of a thousand miles begins with a single step.”