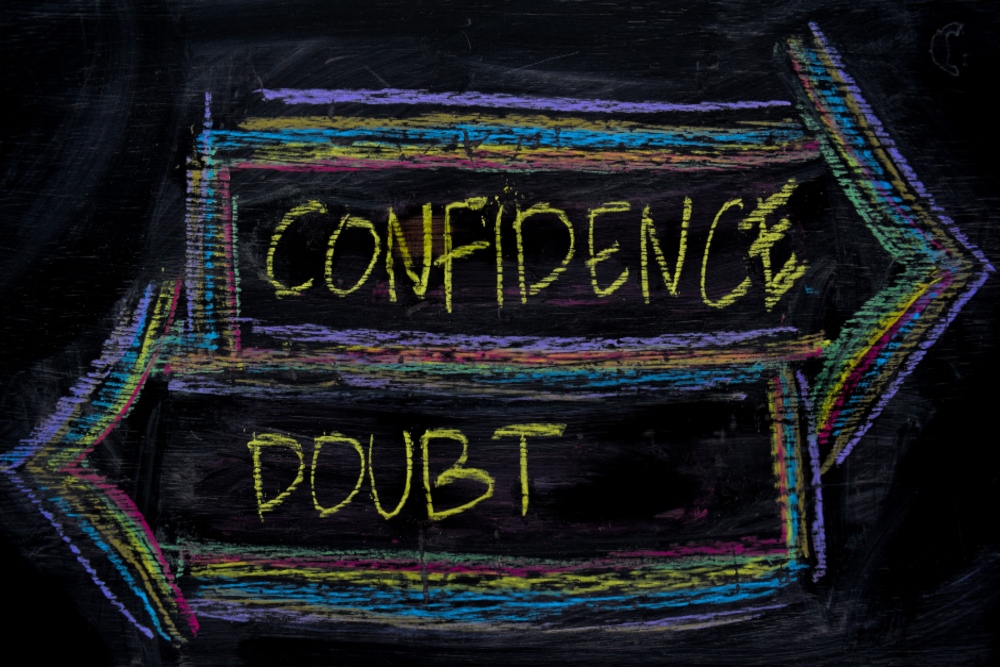 One of the best-selling books in the last year is Girl, Stop Apologizing: A Shame-Free Plan for Embracing and Achieving Your Goals by Rachel Hollis. My wife really enjoyed it and shared several of the principles and key lessons.

Just as “sorry” has become an unconscious habit for people – especially women – to begin sentences with (“’Sorry about that …” “Sorry, is this a good time?” “Sorry, I was just thinking that …”), so has the phrase “If I’m being honest…”

“If I’m being honest” has become a verbal crutch, similar to “um” and “so.” However, I’d argue that its meaning is far more disempowering and detrimental.

While some may use it to soften the blow of a controversial or strong opinion, I hear it used just as often in response to a direct question about simple preferences.

“Where do you want to go for dinner?” “Well, if I’m being honest, I really like that Italian place.”

“What kind of job are you looking for?” “Well, if I’m being honest, I’m looking for something in project management.”

And, like the overused preface “sorry,” I’d guesstimate that for every ten times I hear “If I’m being honest,” 90% of the time it’s being said by a female.

And it’s not just a matter of seniority. In the same week, I heard it from both a female college student and a female founder and CEO of a company.

Prefacing an opinion or perspective with “If I’m being honest” undermines what you are about to say. In addition, it:

1. Projects a lack of confidence. People want to follow and believe in people who are confident. Studies have shown that confidence often matters more than competence. It seems that the smartest and most qualified people tend to be the ones who believe they don’t belong or aren’t qualified to give their opinion, a phenomenon known as Imposter Syndrome.

2. Weakens the message. Starting a sentence with phrases such as “I believe,” “I feel,” “I think” or “This may be a stupid question but…” tends to weaken the message that comes after. Think about the difference in how the following is stated:

Which advice delivery comes across stronger?

3. Has the opposite effect. Instead of effectively conveying a perspective, using that phrase tends to leave the recipient with the perception that perhaps the person shouldn’t be taken at their word or that they don’t express their honest opinions in other situations.

Clearly there is an explicit or implicit message being communicated – disproportionately to girls and women – that this is an appropriate way for them to communicate, whether that be in our school systems, families or workplaces.

Since becoming aware of it, I have gone out of my way to call attention to it when I hear an employee, friend, family member or even a stranger use the “I’m being honest” filter. Even when it’s uncomfortable, I do it because I think it’s disempowering. Often, the person didn’t even realize they had said it until I pointed it out.

Next time you hear someone say this phrase, politely stop them and, in a respectful way, raise their awareness of it. Something I tend to say when someone responds with “If I am being honest” is to say, “I sure hope you are being honest!”

It’s a small but important step toward empowering others to own their thoughts, feelings and perspectives. I hope that my 16-year-old daughter never feels the need to rely on that phrase to state her opinion or make a case for something she believes in.

“It is best to act with confidence, no matter how little right you have to it.”