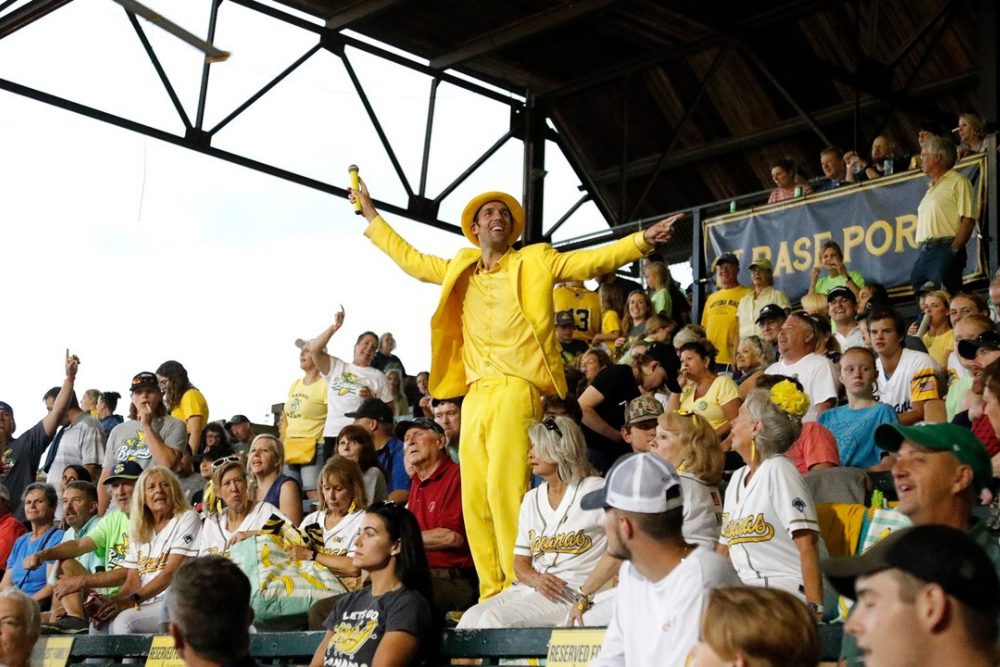 This summer, I went to see a minor league baseball game featuring the Savannah Bananas in Savannah, Georgia. It was like nothing I had ever seen before.

Then again, the Bananas aren’t your average minor league team. They wear bright yellow uniforms with kilts, and they’re just as committed to their performance off the field as on it. The team has become a sensation: they’ve been featured on SportsCenter, HBO’s Real Sports and CBS Sunday Morning in the past year, they have a massive waiting list to attend their games, and they have sold millions of dollars in merchandise to people all over the world.

Having now seen the Bananas in person, I get the appeal. I can only describe the experience as going to a party and having a baseball game break out. For example, the game I watched featured the following entertainment between innings:


But as fun as they are, the Bananas’ culture isn’t just about entertainment. The team has also won the past two Coastal Plain League championships.

The Bananas are the brainchild of Jesse Cole, a lifelong baseball fan who bought the team in 2016. Cole, along with his wife, Emily, set out to fix what they saw as flaws with baseball and make the experience as fun as possible for fans and players alike.

Cole pours his heart and soul into every Bananas game. He serves as the emcee of each game and wears a yellow tuxedo and hat to match the team’s colors. Most importantly, he’s on the record in saying he’s willing to try anything, no matter how outrageous, to make Bananas games more fun for fans.

While you might be inclined to label Cole as eccentric, when you hear his story, it’s clear how intentional and thoughtful all his decisions with the team have been. He is obsessed with customer experience and has studied some of the masters of entertainment, including Walt Disney and P.T. Barnum, who were considered two of the greatest showmen in American history.

To learn more about how Cole created such a phenomenon, I invited him to join me on the Elevate podcast for an interview released this week. A few principles from our discussion stood out most:


As he’s done many times, Cole has decided to double down on that crazy idea. This summer, Cole announced that the Bananas are leaving the Coastal Plain League they’ve dominated the past two years so they can play Banana Ball full time. It’s another bold decision by Cole to bet everything on his dream and vision, and to bring an incredible customer experience to a growing global fanbase.

No matter what business you are in, I would encourage you to listen to my conversation with Cole. I have a feeling that one day, future leaders will be studying his playbook on how to build an amazing customer experience, take bold risks and a create a culture that embraces big swings—on the field and off it.

“Fortune always favors the brave, and never helps a man who does not help himself.”