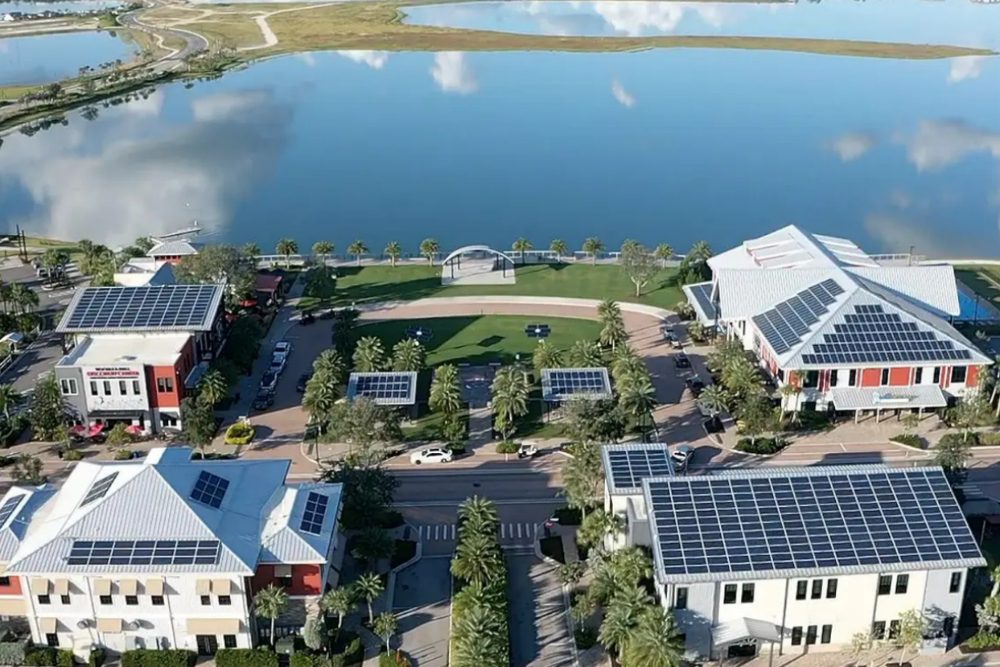 There is a reason that airplanes don’t regularly fall out of the sky, despite there being millions of flights per year on aircrafts with thousands of moving parts: preventive maintenance.

Airlines recognize that, in aviation, the cost of not addressing problems before they happen is especially high, so preventive maintenance is a top priority. In contrast, we generally fix problems with our cars after they happen.

Several weeks ago, Hurricane Ian, a massive category four storm with 150mph winds, lashed the west coast of Florida, causing astonishing destruction, flooding and power outages for nearly two million residents. Early estimates say that Ian did over $40 billion in damage, a cost that will be borne by taxpayers and insurance companies. Those fortunate enough to have insurance will see their premiums raised to cover the catastrophic losses; many of those without insurance have lost everything.

In the weeks following Ian’s landfall, I started to hear stories about a community called Babcock Ranch, which is located just 20 miles from Fort Myers. Billed as the “hometown of tomorrow,” Babcock Ranch was dreamed up by Syd Kitson, a former professional football player who aspired to create a renewable, sustainable town that resembled the simple neighborhood of his childhood.

In Babcock Ranch, which opened in 2018, buildings and houses are powered by emissions-free energy, residents drive electric cars and golf carts, and children ride their bikes to school. Residents can also often be found enjoying outdoor events with family and friends.

Plus, most pertinently to the news of today, the community was designed specially to account for global warming and natural disasters such as Hurricane Ian. Developers selected a site 30 miles inland, and about 30 feet above sea level, to maximize protection from the wrath of Florida’s weather. They built power lines underground to avoid weather-driven outages, installed massive pools around the neighborhood to stave off flooding, and even designed the streets throughout the community to hold floodwater and prevent homes from getting soaked.

Furthermore, all homes in Babcock Ranch are designed to adhere to the latest hurricane building codes and are built with “hip” roofs, not gabled roofs, to deflect wind. All the homes are also constructed with cinderblocks and hurricane ties, specifically to be able to withstand a category four hurricane.

When Hurricane Ian hit Florida, Babcock Ranch passed its first true weather disaster test with flying colors. The community suffered minimal property damage aside from a few knocked over street signs. They experienced no flooding, and no power outages, despite a few flickering lights. The latter was due to Babcock Ranch’s having the largest solar installation in the United States, combined with a battery backup system, as well as those underground power lines.

The story of Babcock Ranch offers a few interesting leadership principles. The community itself grew from a bold, forward-thinking vision that required acceptance of certain realities of the changing environment and focused on sustainability first.

The reason many people are unwilling to spend much time, money and energy thinking about prevention of future problems is because these preventive actions rarely pay off immediately. Leaders in the private and public sectors love to chase today’s small wins, rather than make the right investments to solve tomorrow’s biggest problems.

This is especially true in the public sector: it’s almost impossible to get governmental action on, or voter interest in, spending on preventive maintenance, yet governments make unlimited funds available once we have a disaster. We are okay spending a massive amount of money to fix a problem, but consistently resist spending a much smaller amount of money to prevent it; this strategy makes no sense. If we always push off the things that are important, but not urgent, eventually everything will become both urgent and important.

Great leadership is not just about solving the problems of today. It’s also about anticipating future problems and understanding how tomorrow’s challenges can be today’s opportunities. While some of the initial prospective residents of Babcock Ranch may have balked at additional costs of the community’s features, my guess is today every resident is grateful they chose to live there and their list of interested prospects is bigger than ever.

“An ounce of prevention is worth a pound of cure.”