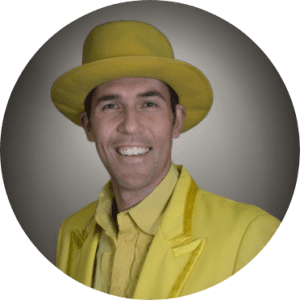 Jesse Cole On Betting Everything On A Dream

Jesse Cole lives life by being different. He is the founder of Fans First Entertainment, which owns and operates the baseball team the Savannah Bananas. The Bananas have welcomed more than 1 million fans to their ballpark and have been featured on MSNBC, CBS Sunday Morning, HBO and ESPN. Jesse is an in-demand speaker and bestselling author of two books, Find Your Yellow Tux and his newest Fans First.

Jesse joined host Robert Glazer on the Elevate Podcast to discuss how he and his wife built the Savannah Bananas from a bankrupt organization to a leading entertainment brand, and much more.