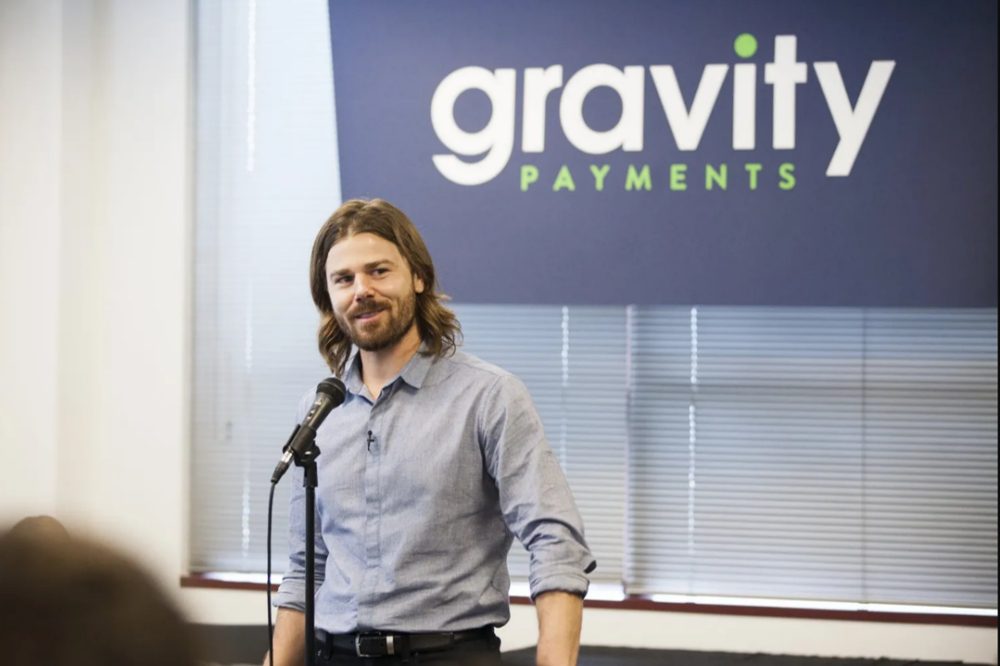 In 2015, Kristie Colón gave a TEDx talk at the University of Kentucky. In the speech, she alluded to serious and specific allegations of domestic abuse against her ex-husband, whom she did not name. Mysteriously, the speech was never actually released.

That same year, Dan Price, the CEO of Seattle-based financial services firm Gravity Payments, announced that he was lowering his salary from over $1 million to $70,000 so that he could pay everyone at his company a minimum wage of $70,000. Price invited NBC News and The New York Times to cover the announcement to his team and the story quickly went viral, with over 500 million impressions across social media and NBC.

In the ensuring years, Price’s picture and story has been plastered all over the cover of magazines and websites. Among other adulations, Price was called the “Best CEO In America,” and “model of a modern capitalist.”

For his part, Price fully embraced the role of media darling. He cultivated a massive online following, especially on LinkedIn, where he posted regularly. Many of these posts found their way into my LinkedIn feed and followed a familiar pattern: Price provocatively criticizing those who had not followed his example, while extoling his company’s virtues—and his virtues as CEO.

Something about Price and the constant, fawning media attention surrounding his crusade always left me skeptical. At face value, he seemed to be doing a good thing, but he always went out of his way to loudly remind everyone he was doing it. His LinkedIn posts in particular were always heavy on virtue signaling. My gut was that he was a smart marketer and realized that the $70,000 minimum wage was a profitable publicity stunt that helped secure new customers, new employee applications and millions of dollars in earned media.

I also found it interesting that no journalist ever pointed out that if someone is both the CEO and owner of a company, a salary reduction can be offset by increased profits. There isn’t really a difference between paying yourself a $1 million salary and then taking $70,000 in profit distributions, versus taking a $70,000 in salary with $1 million in profit distributions. And because Gravity Payments is a private company, Price was never asked what share of profits he was earning before and after his salary cut.

This past week, Price abruptly stepped down as the CEO of his own company after a deluge of sexual harassment complaints came to light from multiple women, dating back to Kristie Colón’s TEDx Talk at Kentucky. The ex-husband Colón spoke so vulnerably about in that speech was Price, but the University of Kentucky never actually released the speech’s video and reportedly went so far as to delete its copy, perhaps due to pressure by Price and his team.

What’s most disturbing about the allegations against Price is how the disgraced CEO leveraged his social media prowess and glowing reputation to lure women who were drawn to his do-good persona, according to The New York Times. And those provocative viral LinkedIn posts criticizing other leaders for failing to live up to his example? The Times also reported those posts were ghostwritten by Mike Rosenberg, a former reporter who resigned from The Seattle Times after being accused of sending sexually explicit messages to a woman.

In the aftermath, it seems everyone was way too eager to jump on the Dan Price bandwagon and worship a false prophet. Which begs the question: why do people fall so easily for con artists like Price?

For starters, con artists are often highly charismatic, as was the case here. They are also often very adept at manipulating followers by taking strong positions on divisive hot button issues, knowing how to press on those issues to elicit the desired reaction and winning supporters accordingly. Obviously, many politicians are exceptionally good at this as well.

Too often, we make the mistake of assuming that just because someone has virtues, they don’t have vices. Whether it’s business leaders, professional athletes, musicians or influencers, we are too quick to paint people as uniformly good, even infallible, based on a small amount of data. This is most dangerous when, as may be the case with Price, a supposed hero uses their virtue to distract or cause harm.

I’ve found the most virtuous people I’ve met in life are the ones who share credit and accept blame, who volunteer quietly at the food bank, who make anonymous donations and constantly do the right thing when no one is watching—and without posting about it later. These aren’t the big talkers; they are the quiet doers.

Conversely, the more that someone feels the need to signal their virtue, the more I would suggest you examine their motives very carefully.

Price’s story is an important reminder for everyone to choose their heroes slowly and carefully and to remember that truly virtuous people rarely feel the need to tell you about their virtues.

“Everyone should be respected as an individual, but no one idolized.”