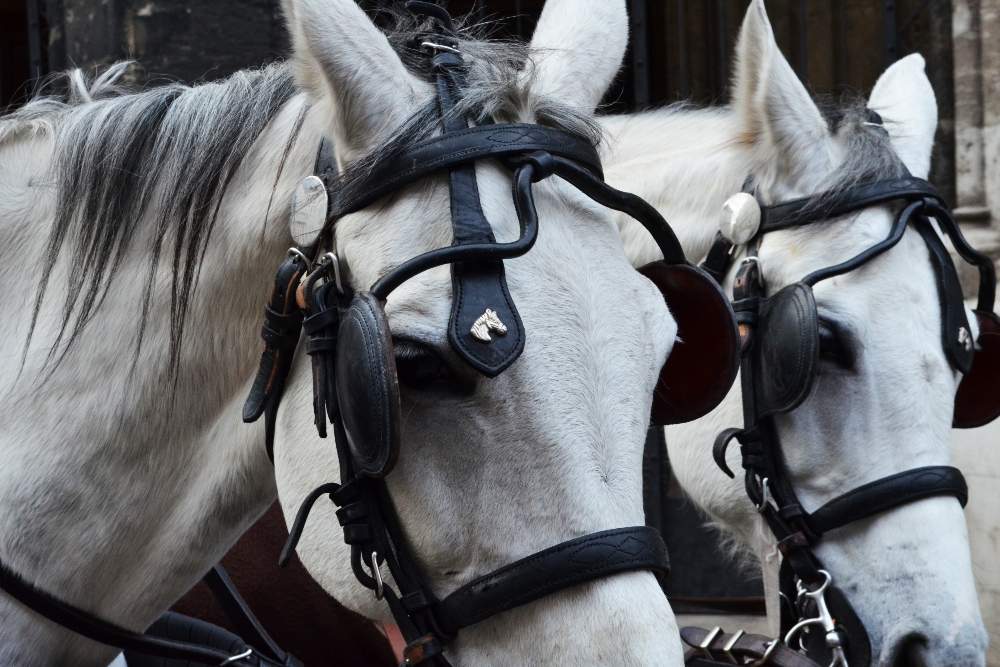 There is no doubt that we are living in the age of unlimited information. Now, increasingly more of us ask: is all this information helpful or harmful?

There are many instances where better data leads to better outcomes. This is especially true in more empirical fields such as science and math.

But in many cases where there isn’t an empirically correct answer, being inundated with data or information can actually prevent us from living a more fulfilling life. It also keeps us from building resilience to things beyond our control.

Last week, I wrote about the sensationally negative tenor of news coverage and how it affects our personal and collective psyches. Last month, I was in London and had a chance to return to one of my favorite museums: the Churchill War Rooms, where the British government was housed for nearly six years during World War II. This included the crucial period during the German Blitz bombing of London in 1940, where London was bombed consistently for 57 days.

What often kept Londoners from losing hope during the bombings was the simple fact that, though the threat of bombing was ever-present, only a small percentage of citizens were affected on any given day. For each day that most Londoners awoke unharmed, their resolve to keep going actually grew until the threat finally subsided.

I couldn’t help but imagine how the contemporaneous social media and news coverage we have today would have punctured this resilience. Instead of focusing on their good fortune to wake up safe, imagine if Londoners were barraged with videos of every casualty of the bombing, every day, for two months. That constant stream of horrific stories would have surely terrorized the many Londoners who managed to avoid actual harm or danger.

Had today’s technology—and the wealth of information it provides—existed in 1940, perhaps Britain’s collective resilience would have broken, and German might be the official language of the UK today. Knowledge is often power, but not always.

Another example comes from the United States. In 1981, six-year-old Adam Walsh was abducted and murdered, and the case garnered significant national interest. Walsh’s tragedy was made into the 1983 television film Adam, which 38 million people viewed in its original airing, and Walsh’s father became an advocate for violent crime victims and host of the television program America’s Most Wanted. In response to this wave of interest in child abductions, hundreds of American milk manufacturers began putting photos of missing children on every carton they produced for years.

This milk carton campaign was likely counterproductive when examined in its entirety. While cases like Walsh’s were tragic and horrific, the truth is that child abductions remained exceptionally rare in the 1980s, and little evidence existed that milk carton bulletins were very effective in helping to locate missing children, even after a decade of data.

The cartons did, however, create enormous panic around “stranger danger,” as both children and their parents became more fearful of abductions. This made parents noticeably less willing to let their kids play alone, or even with other children, outside the home.

The results were enormous: a large-scale study by the University of Michigan between 1981 and 1997 found that children not only played less in 1997 than in 1981, but also appeared to have less time for free, unstructured play which is crucial to childhood development. Thanks in part to the stranger danger panic, kids’ lives became far more structured and less free.

Turning a horrific, but rare, occurrence into a daily reminder of danger for families probably didn’t meaningfully prevent these crimes, or lead to more recoveries of missing children, but it likely caused long-lasting effects for millions of children. These are children who grew up in an objectively safer country than prior generations, but whose freedom was more restricted due to an inaccurate estimate of risk.

While it’s never a bad thing to be informed, sometimes too much information keeps us from playing offense in life, from focusing on the things that are most important to us and from connecting with the people and work we care about most. Unfortunately, it also usually puts our focus on things that we really can’t control, which creates a feeling of helplessness.

Owners often have their horses wear blinders; this restricts their field of vision to keep them from getting distracted or spooked by something in their peripheral vision. Often, getting the most out of life or business means exercising a similar strategy: ensuring we have the information we need to know what’s going on around us and avoiding being distracted from what’s most important.

“Everybody gets so much information all day long that they lose their common sense.”