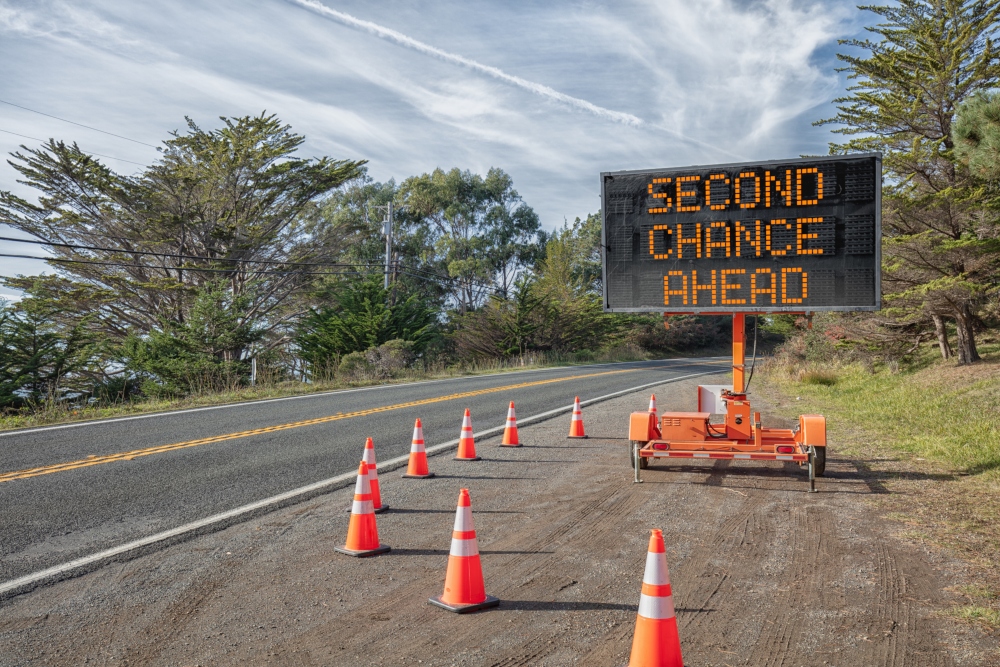 “What would it be like if you were known only for the worst thing you had ever done?”

This question was how Cat Hoke, founder of multiple prison reform programs, started a resignation e-mail that she knew would destroy her career but save the Prison Entrepreneur Program (“PEP”) she had helped start in Texas and cared deeply about.

For over a decade, Hoke has been dedicated to helping incarcerated inmates have a second chance at life.  In fact, she’s the founder of Hustle 2.0, the program I took part in and dedicated two Friday Forwards posts to my perspectives a few weeks back.

Hoke’s also been the beneficiary of several important second chances of her own.

A surprise divorce led to a dark period in her life. During that time, she crossed personal boundaries with formerly incarcerated inmates who had been part of her program. The “sex scandal” that ensued led to her ouster from PEP in 2009 and the resignation e-mailed noted above. What followed this experience were days of self-loathing, loneliness and severe depression.

Shortly after sending the email, people who’d known and cared about Hoke reached out, offered support and helped her get back on her feet.

Although it took time, Hoke was eventually able to rebuild herself, her career and her purpose, launching two new organizations (Defy and Hustle 2.0) that are now helping to improve the lives of tens of thousands of prisoners and their families. She’s also written a book titled, A Second Chance, that features a forward written by Sheryl Sandberg.

The interesting thing about purpose is that it tends to stem from a painful or formative life experience.

On the surface, Hoke’s choice to work with inmates was highly unlikely.  When she was 12 years old, her good friend was brutally murdered by two 16-year-old boys. One boy was sentenced to five years in prison and the other was sentenced to ten, both of which she felt were gross injustices compared to what they had done. Understandably, she was a hard-liner when it came to crime.

Years later, at 26-years-old and a rising executive at JP Morgan, Hoke began looking for more to life than “dying with a big pile of money.” When a colleague suggested she join her at a prison in Texas where she was doing volunteer work, she initially resisted. Her judgement of the prisoners, clouded by her own experience, was that they all deserved what they got and didn’t deserve help from volunteers.

Her friend, however, was ultimately able to persuade her into going. When Hoke recollects this experience, she shares how her very first conversation with a prisoner “changed everything,” including her viewpoint on incarceration and second chances. She even cried for days when she reflected on how ruthless she’d been in writing people off as being less than human.

In today’s “always on” news cycle, we are quick to judge mistakes in real-time and castigate those who we don’t know. It’s a “shoot first and ask questions later” philosophy. Too many take a position of superiority, pointing the finger at someone else for being different and “less than” based on a single poor decision they made.

Yet, we really aren’t all that different.

Show me someone who has never made a major mistake and I will show you someone who never put themselves out there. We all make mistakes to varying degrees of severity and, at some point, we are going to need a second chance. But first, we need to believe that we are worthy of one. As Hoke learned from her experience, sometimes the person we need to forgive most is ourselves.

If you can forgive yourself, you may find it easier to forgive others. You may even go on to help them as Hoke has done.

Perhaps the most powerful question you could ask yourself is the very question that Hoke included in the beginning of her resignation e-mail: “What would it be like if you were known only for the worst thing you had ever done?”

I had the privilege of sitting down with Cat Hoke in person on the Elevate podcast to talk about her own second chance and the thousands of second chances she’s gone on to create for others. I hope you enjoy our conversation.

“Sometimes life gives you a second chance, or even two! Not always, but sometimes. It’s what you do with those second chances that counts.”