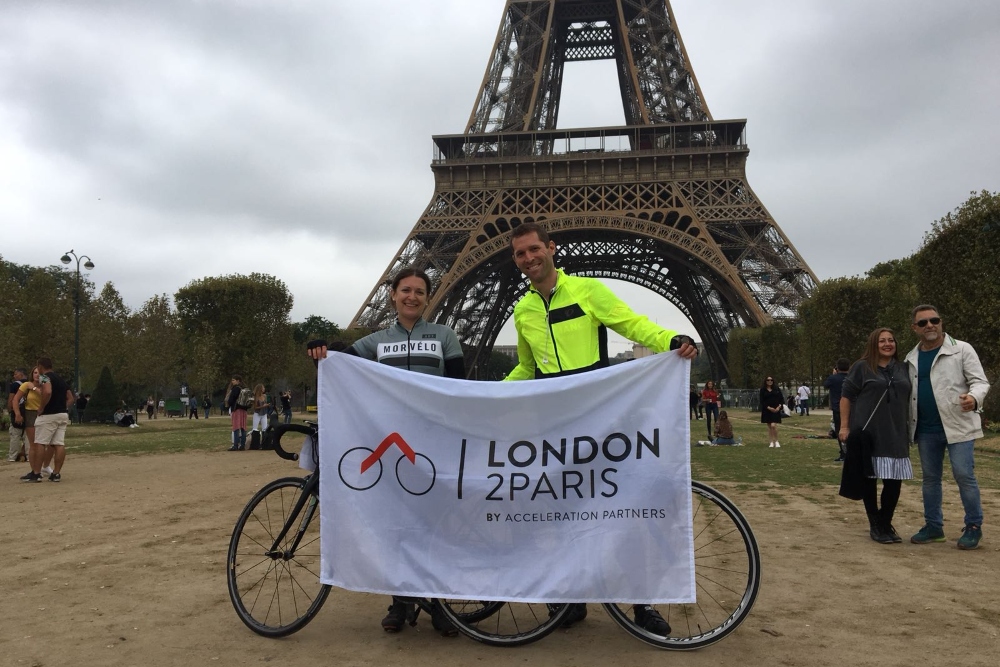 A few weeks ago, I had some philosophical debates with a few people who were reviewing the close-to-final draft of my second book. I was seeking their input as I tried to determine whether the material I had written on resilience belonged in the section on building one’s physical capacity or emotional capacity.

It’s a bit of a chicken and egg argument. Resilience surely has both physical and emotional components. However, the consensus was that we first need to do something that we perceive as surpassing our physical limits to gain emotional resilience.

It’s that physical capacity building experience that allows us to build our emotional capacity; it’s a virtuous cycle between mind and body.

Less than a week later, I got to put this theory to the test. As part of a fundraiser I, along with a group of 50 fellow road bikers from our industry, attempted a 180-mile bike ride from London to Paris within 24 hours. Running on just two to three hours of sleep, it was the greatest endurance challenge I have taken on by far.

Even more surprising is that many of the other riders had just started biking a few months prior.

From what I observed, no one’s legs gave out or stopped working. However, as soon as someone had a visible moment of “breaking” psychologically (which were few and far between), their body responded to their thoughts and you could see the immediate drop in performance.

Many of those moments came not from difficult terrain, but from times when people let themselves get dehydrated or did not eat enough on a break. It affected how they “felt,” which then impacted what they believed they could do, thus demonstrating the strong mind-body connection.

From my personal experience, believing I could climb a hill was less helpful than just keeping my feet moving through the pain and showing myself that I could. The culmination of those experiences now has me questioning some of the other self-imposed limits in my life and things I believed I cannot do.

If you are looking to take on a challenge that seems far out of your comfort zone and beyond the limits of your capacity, here is a simple three-part formula for success.

The mind quits before the body. However, what’s been proven time and again is that the body’s successive accomplishments help the mind develop its emotional resistance and capacity.