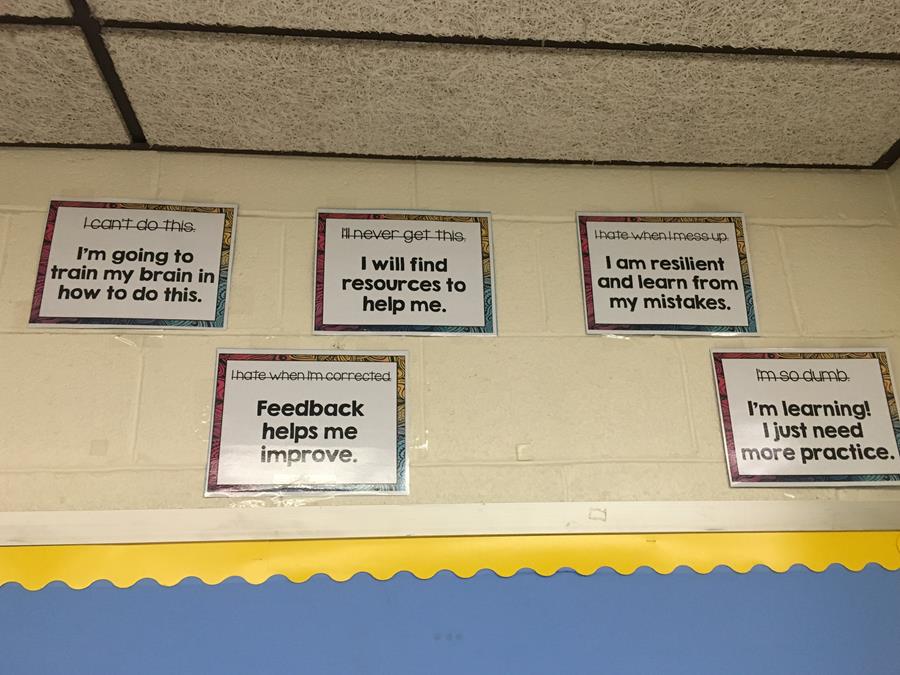 This week, I attended a curriculum night at my son’s school and was very happy to see that one point of focus for his class this year is to have a growth mindset. This is a concept that has gained a lot of awareness in in the past few years; it’s also one of our “AP Way” Operating Principals.

The concept of a Growth versus a Fixed Mindset was pioneered by Stanford psychologist, Carol Dweck. She became interested in students’ attitudes about failure and it led to a 20-year discovery project.

What she found is that a “Fixed Mindset” assumes that our character, intelligence and creative ability are static; things that we come prepackaged with and can’t change in any meaningful way. The danger of this mindset is that if we believe that something is fixed, like our intelligence (e.g. I’m smart/not smart) it has consequences related to how we learn.

Conversely, a “Growth Mindset” implies that we always have the ability to learn and increase our capacity; that hard work, challenges and failure helps us to grow and stretch our potential.

What Dweck’s research revealed is that we often develop one of these mindsets at a very early age. Eventually, it becomes a large component of our behavior and how we perceive and deal with success and failure in our professional and personal lives.

She also found that, although one’s mindset may be initially developed at an early age by external circumstances, it can be changed with deliberate focus and practice. When I think back to my notions of intelligence when I was a kid, particularly because I had what I now know was severe attention deficit disorder, I have no doubt that this has been the case in my own life.

Dweck’s research extends beyond adolescence and well into adulthood and the workplace. It’s shown that when entire  companies embrace a growth mindset, the employees report feeling far more empowered and committed; they also receive far greater organizational support for collaboration and innovation. In contrast, people at companies that have more of a fixed mindset report more cheating and deception among employees, presumably to gain an advantage in the talent race.

Here are some characteristics of the two mindsets, courtesy of my son’s class. AP team members will recognize a lot of these in our company’s DNA. 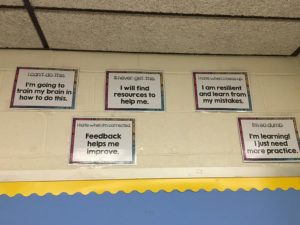 If you want to learn more, I suggest watching Dweck’s Ted Talk on the power of believing you can improve.