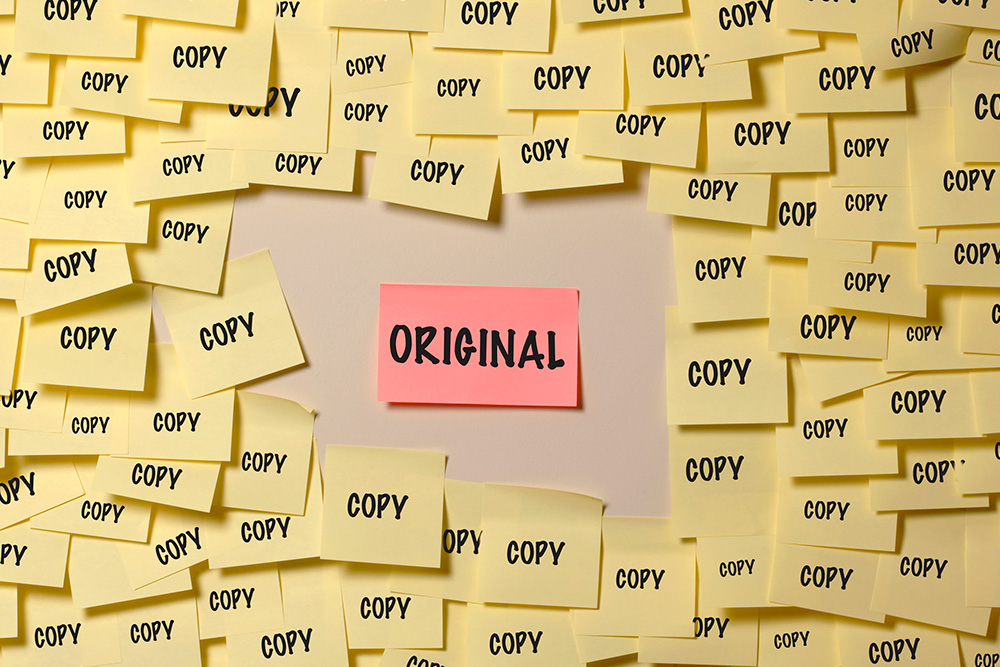 “Imitation is the sincerest form of flattery.”

I have never liked this phrase. I think it’s something we tell ourselves to feel better when we are annoyed at someone incessantly copying us. Or, even worse, something others tell us when they blatantly reproduce something we did first.

In business, we all have that company that drives us crazy. The “competitor” that never seems to have an original idea. They copy our content, ideas, website etc. without remorse or shame.

Same goes for that person who buys the same car, clothes or waits to see what we are doing before making their own decisions.

We might tell ourselves we’re flattered, but we really aren’t. We are annoyed.

The consolation, however, is that people or companies who are happy to just imitate or copy others generally aren’t very successful in the long run. As they aren’t focused on originality or innovation, they typically commit themselves to a path of mediocrity.

Great people and companies look to innovate, stand out and bring new ideas to the fore – especially within their market. They are passionate about learning and take inspiration, not imitation, from many different places.  They focus on themselves and on what they can control. They are leaders, not followers.

As a father, I can already see the difference emerging between the kids who are happy to be imitators and those who have the courage to ignore what others are doing; those who are confident enough to forge their own path. Learning to blend in and not rock the boat is playing the short game, not the long one.

One thing that history has taught us is that simply being first does not guarantee success. More often, pioneers pave the way for settlers who have greater success. They’re able to sit back, analyze mistakes. In business, this often manifests in coming to market with a better offering. Different from being a copycat or imitator, these individuals pay attention to a developing market and then innovate at the right time.

The next time you see that pesky competitor copying your company, take solace in the fact that those who are focused on imitation aren’t very likely to innovate. Instead of wasting your energy in frustration, relish in the fact they are likely complacent in a state of mediocrity.

At the same time, never assume that just because you were first, that you are guaranteed success. Someone can always do better. Resting on your laurels is just as dangerous, if not more, than resigning yourself or your company to being an imitator.

“The imitator dooms himself to hopeless mediocrity.”