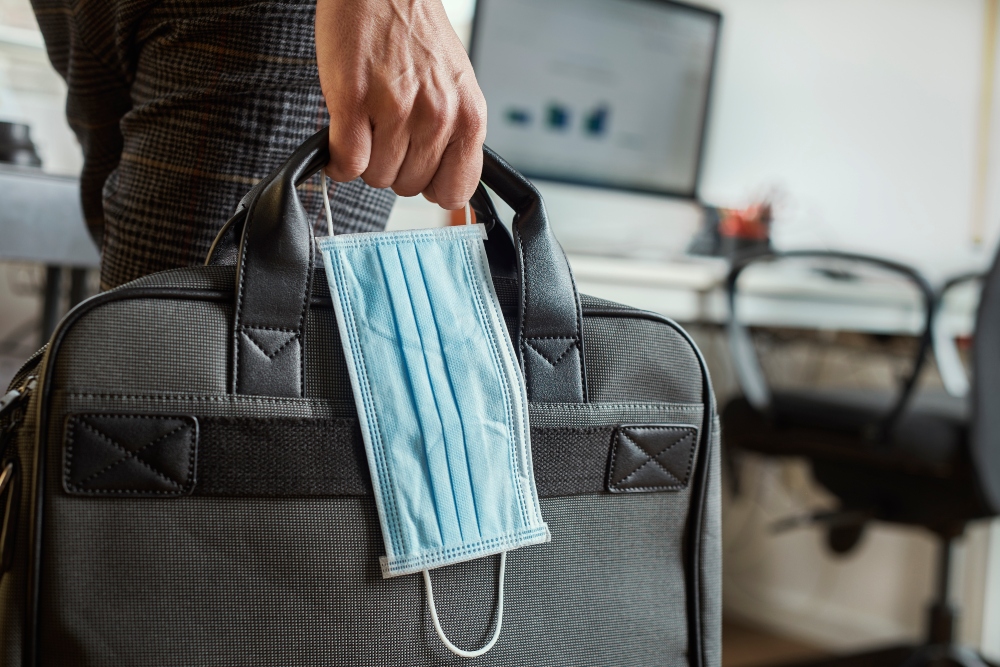 Around the world, many people are understandably frustrated by the ongoing lockdowns that have impacted their families, their livelihoods and their overall well-being. All the while, everybody is waiting for any sign of things returning to normal.

Many countries that have kept the virus relatively in check have used a playbook involving social distancing, frequent testing, contact tracing of those who test positive and urging people to wear masks in public. While many of these measures must be implemented by governments, there are meaningful actions we can control individually.

Because we were facing a new virus and information was scarce, the early recommendations regarding masks were understandably contradictory. Many countries in Asia that previously battled SARS/MERS outbreaks strongly recommended masks based on prior experience with these respiratory infections. Countries that encouraged mask wearing, such as Japan and South Korea, have relatively low case numbers, despite being close to the epicenter of the outbreak.

By contrast, in western countries, where masks are far rarer, the general public wasn’t encouraged to wear them and there are clear cultural barriers to the practice. Public officials also offered this guidance partly to protect the mask supply against hoarding, as governments were diverting masks to healthcare workers and first responders, where they were needed desperately. But the recommendation has changed as the understanding of COVID-19 has evolved.

The reverse is less effective—if a healthy person is wearing a mask, and an infected person comes close to them without wearing one, there is a much higher risk of transmission. The reality is that we are being urged to wear masks to protect others, not ourselves. It might not be “100 percent effective,” but it is a valuable safeguard and shows respect for other people.

This is what makes it so difficult to understand the violence, shaming and politicization of mask-wearing occurring in countries such as the United States. Wearing a mask does not cost you your livelihood or your privacy, nor does it restrict any fundamental freedoms. For most of us, it just costs some humility and a few bucks. This should be a small price to pay to limit suffering and slow a global pandemic.

It’s reached the point where the Republican governor of North Dakota, Doug Burgum, felt compelled to share these words this past weekend:

“If someone is wearing a mask, they’re not doing it to represent what political party they’re in or what candidates they support,” Burgum said, before his voice began breaking. “They might be doing it because they’ve got a 5-year-old child who’s been going through cancer treatments. They might have vulnerable adults in their life who currently have COVID, and they’re fighting.”

Burgum hit the heart of the mask issue: it’s not about you. It’s to help protect the person who has to work at the grocery store for 12 hours a day to put food on the table. The person whose elderly relative lives with them because they have no other place to go. The doctor in New York City I saw interviewed who shipped her kids off to live with her parents in Canada for two months so she could serve in the emergency room without putting her family at risk.

The reality is your choices have implications for others. Those people don’t get to choose not to serve you at the store, or in the hospital if you get sick, so the least we can do is wear a mask to help keep them safe.

In a functioning society, we must think about how our actions affect others. A culture based on rugged individualism will quickly tear itself apart. A common thread among countries that have managed to contain the virus, even with differing strategies, is that the responses have been apolitical and citizens are working together in a unified way.

Even if you don’t care about yourself, please show respect and understanding for others. Be your brother’s keeper.

“If we are not our brother’s keeper, at least let us not be his executioner.”