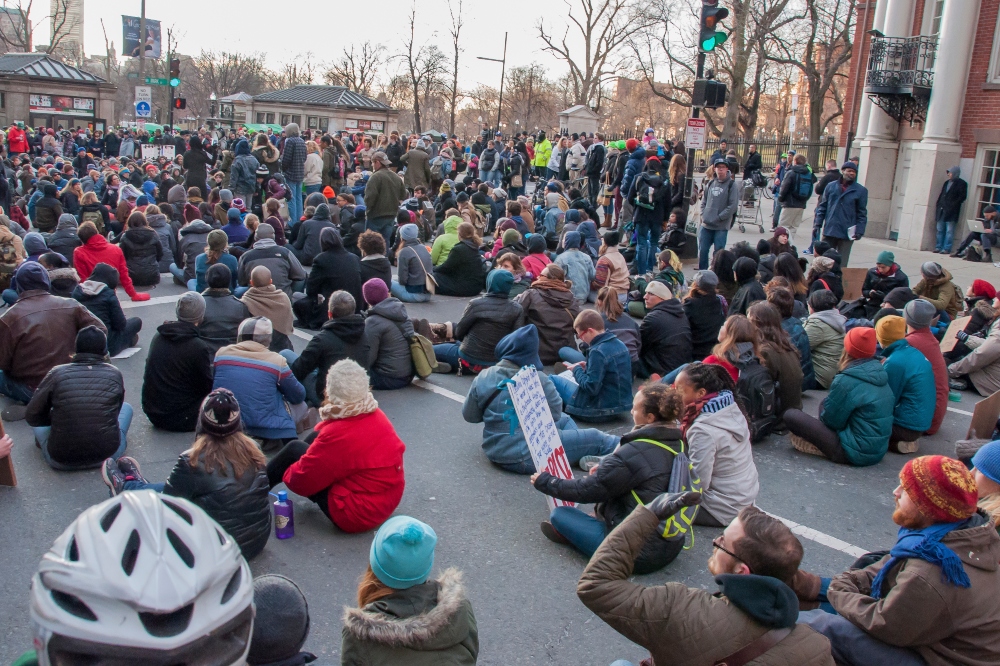 England is known for having some of the world’s most passionate football fans. While this is a point of pride, it can be taken to an extreme when fans resort to violence and vandalism—often broadly called hooliganism. English hooligans have earned a particular reputation over the past century for occasionally harmful behavior.

This reputation became a central story leading up to the 2004 UEFA European Football Tournament in Portugal. There was significant concern about violence, especially after hundreds of English fans were arrested for disorderly behavior at both the 1998 World Cup and the 2000 UEFA Tournament. UEFA even warned the English Football Association that their team would be removed from the competition if violence occurred again.

Despite this anxiety, there was little violence at the 2004 tournament. While this was partly due to an initiative to keep known instigators from traveling to Portugal in the first place, event organizers also partnered with the police to test a new, psychology-driven peace-keeping strategy.

Police worked with organizers to select officers distinguished for their interpersonal skills, rather than their strength. The police also kept a low-profile, utilizing mostly plain-clothed officers in areas where large crowds of fans gathered—riot police were available, but not made as visible.

Perhaps most importantly, police treated potential troublemakers as fans, rather than criminals, focusing on connecting and engaging with them. Officers were trained to reward good behavior with social cues and eliminate a potentially antagonistic environment. Fans reacted in kind, the self-described “low impact” strategy was successful, and peace was kept at the 2004 Euro Tournament.

I remembered this strategy after hearing Sheriff Chris Swanson’s response to the nationwide protests that have erupted following the horrific killing of an unarmed black man, George Floyd, by the Minneapolis police. While the majority of these protests are peaceful, many have turned violent, with counterproductive looting and destruction done by people acting not for justice, but out of opportunism.

Not surprisingly, news coverage has amplified destructive behavior, rather than magnifying the actions of many protesters who are simply marching to demand justice and action.

Swanson helped achieve a more positive outcome when protestors arrived at his police station in Flint, Michigan. Though protestors were met by police in riot gear, Swanson stepped forward and symbolically laid down his baton before he addressed the crowd. Swanson did not command the crowd to disperse or threaten them with retaliation—instead, he leveraged his powerful position to engage with the demonstrators and offer his support and respect.

“I want to make this a parade, not a protest,” Swanson said. “The only reason we’re here is to make sure that you got a voice–that’s it.”

Swanson greeted protestors personally, posing for photos and offering high-fives. When the crowd chanted “walk with us,” Swanson joined the march, which remained peaceful and involved both demonstrators and police uniting behind one cause.

Where other leaders have unfortunately seen protests as a threat, Swanson saw an opportunity to support the community, ask questions, show empathy and walk peacefully alongside people who were positioned to be his opponents.

The world is suffering today from increased ideological rigidity. People have become increasingly unwilling to understand the perspective of people outside their camp, or even to listen to another point of view. Many of us are too quick to approach every situation with a conflict-oriented, “us versus them,” mindset. Under these conditions, confrontation—violent, or otherwise—is unavoidable. But Swanson and the protesters who invited him into their march clearly demonstrated this is not the only option.

We must also be willing to make an example of those whose actions are clearly wrong, rather than blindly defending indefensible actions from people within our own organizations, races, belief-sets or political parties. There are bad apples in every bunch; failing to hold them accountable only weakens our position and moral compass, and erodes trust when it’s needed most. The Minneapolis police union should think very carefully about how it chooses to defend the officers involved in Floyd’s tragic death, and the message that will send.

Enough of the physical and mental riot gear. Let’s listen and walk together.

“I join with the chorus of citizens and law enforcement officials alike, calling for the swift arrest and prosecution of each police officer involved in this appalling crime. The actions we witnessed on that video destroy countless efforts to bolster community policing efforts across our nation, and erode trust that is painstakingly built.”