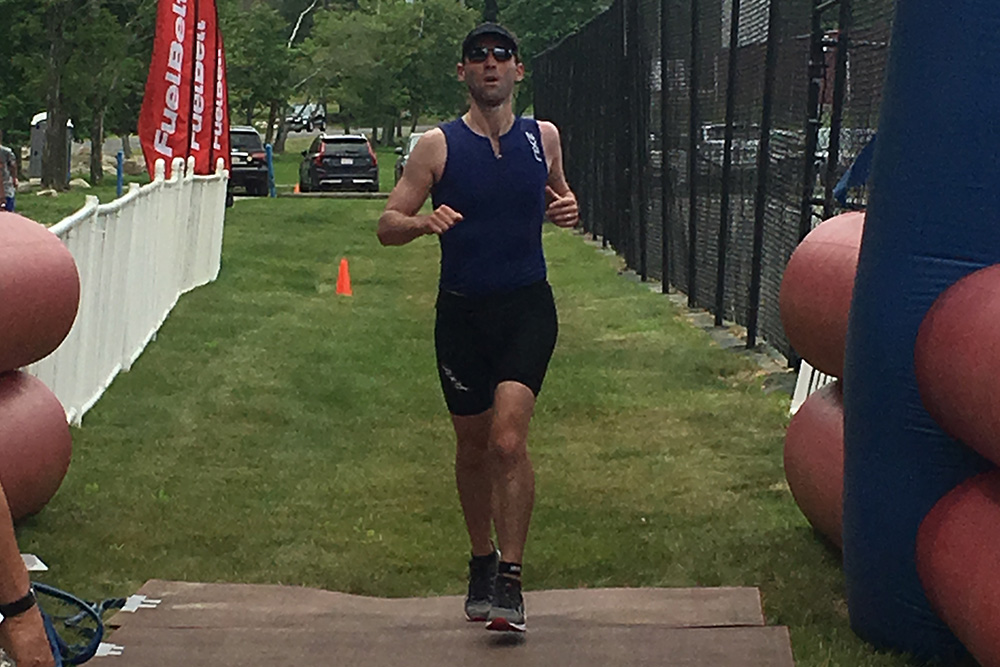 Last week, I completed my first Olympic Triathlon.  It had been a long-term goal of mine that took a considerable amount of training over three months and got me outside of my comfort zone.

During the triathlon, I had few hours to reflect on the lessons I had learned from the training and preparation process and came up with eight that I wanted to share:

1.  Importance of delayed gratification: If you want to develop the discipline of a world-class performer, there is no better way than by picking a goal that only takes a short time to execute, but months of daily training, practice and discipline. In today’s instant gratification world, delaying that reward is a lost virtue and deprives us of our ability to make short-term sacrifices for bigger goals.

2.  The best goals are ones that scare you, even if just a little bit: Last year, I resolved to pick at least one annual goal that terrifies me, at least a little. The idea is to force myself out of my comfort zone (mental or physical) and be emboldened by what I didn’t think I could do. When I shared my plan to participate in a triathlon, many people mentioned that they would love to do one, but “couldn’t” swim or run. I now realize how self-limiting those beliefs are.

3.  Pick a date: In 2016, I set the same goal to complete a triathlon. The difference is that I never picked a date. Then, I got injured and had a bunch of other convenient excuses. This year, as soon as I found an event I was interested in, I picked the date and paid the entrance fee. It’s one thing to decide to do something, it’s another to commit to a date for when you’re going to do it.

4.  The value of a coach/mentor: When you want to do something you haven’t done before, it helps to work with someone who has and who will hold you accountable. In preparation for my first triathlon, I worked with a great coach who designed a training plan for me and was my weekly accountability partner.

5.  Focus on what works for you, not what others are doing: When it comes to swimming, my strong suit is the breaststroke. However, for a triathlon, most agree that the front crawl is more appropriate, so that was what I trained for. On race day, I started out my swim with this technique, but about five minutes in, abandoned it for the breaststroke. Right away, I was better able to see what was ahead of me and felt more relaxed and efficient with my energy. In retrospect, I may have done even better during my swim component had I not cared what anyone thought and trained for the breaststroke from the start.

6.  Alternate your horizon: There were times during my training and the actual race when it was motivational to look ahead and think about the finish line. Other times, it was better for me to just look down and focus on taking one step at a time. Both motivate you in different ways.

7.  Practice on stage: My coach suggested that I practice on the actual course, which I had delayed because of my travel schedule. When I did test the swim two days before the event, I realized that swimming in open water (versus in a pool) made me nauseous. If I hadn’t trained on the actual course for my swim, I wouldn’t have had the time to make adjustments and would have been in trouble on race day.

That’s actually what happened during the running part of the race. I didn’t test the run and was not mentally or physically prepared for the series of rolling hills. It was during this grueling part of the race when I suddenly realized why most world-class performers, athletes and business leaders practice on the stage where they are going to perform. Doing so helps you pick up on unforeseen nuances and makes it easier to visualize success in the actual environment.

8.  Start what you finish: In her bestselling book, Grit, author Angela Duckworth talks about her family’s rule of “finishing what you start,” be it a season of sports, instrument lessons, etc. The idea is that, while you don’t have to do it again, you cannot quit once you have started. Once I began the process of training, quitting wasn’t an option. On race day, I was going to cross that finish line, even it meant that it was on my hands and knees. It was a mindset.

I hope that by sharing this experience, you’re able to glean a few beneficial takeaways for your own endeavors. If I can leave you with one parting thought it’s that, whatever your goal, if it doesn’t scare you a bit, it’s probably not really a stretch for you.

“Happiness does not come from doing easy work but from the afterglow of satisfaction that comes after the achievement of a difficult task that demanded our best.”