A few weeks back, my youngest son was throwing a tantrum about something trivial–something that most of us would refer to as a “first world problem” – and I was losing my patience. Recognizing how spoiled he sounded, my middle son then jumped in and said to him, “Zach, do you know that there are kids in the world who have nothing to eat?”

It was a speech I had given many times, but one that I was not sure any of my kids actually heard. It made me think of a quote I heard a few years back that went along the lines of “it takes ten years to know if your kids were listening to you.”

This is not very different from the “Rule of Seven,” one of the oldest concepts in marketing. This adage asserts that a prospect needs to see or hear your marketing message at least seven times before they take action and buy from you.

This belief is also held by leadership experts who often advise us to repeat the same thing seven times to our teams if we want people to internalize it. The takeaway is, if you have something important to say, saying it once probably won’t cut it. And if you quit too early, you likely won’t get the desired result. The graph below is a visual example of this. 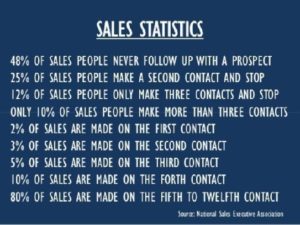 Quote Of The Week:

“The importance of repetition until automaticity cannot be overstated. Repetition is the key to learning.”