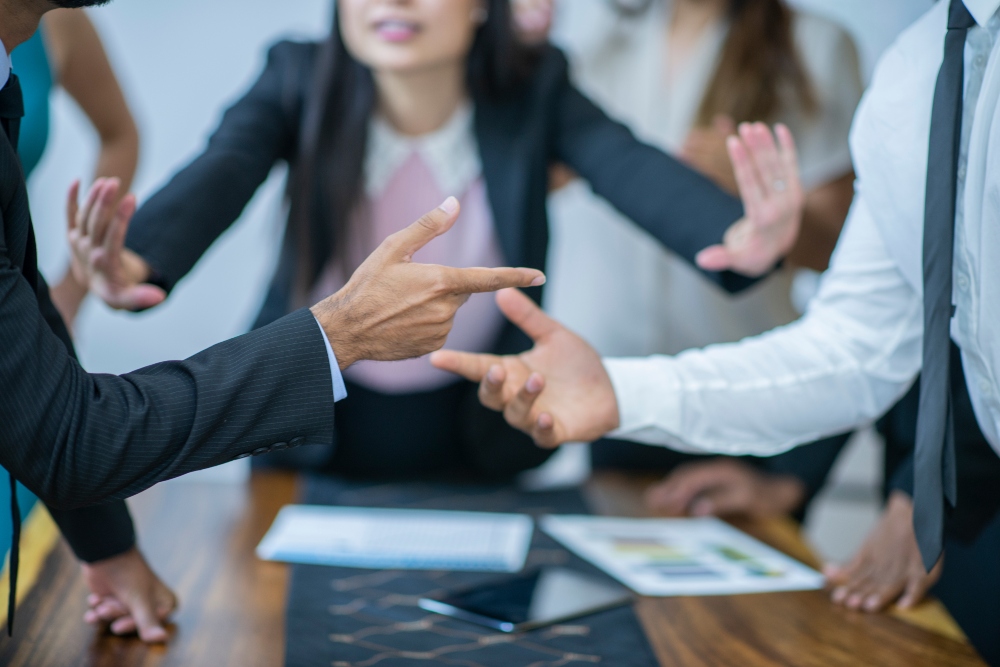 As the year kicks off, management teams around the world are holding their quarterly planning offsite meetings. These meetings are a great opportunity for leaders to step off the hamster wheel of their day-to-day, get aligned on the business’ long-term strategy, and determine how to serve that strategy in their focus areas. These offsites also offer great opportunities for productive conflict.

Strong partnerships, both personal and professional, are defined by mutual respect and consistent harmony. However, even the most harmonious teams cannot, and should not, always be in agreement. And while it can be hard in the moment, the same is true for couples, families and friends.

All groups experience conflict. But what separates high-performing groups from the pack has everything to do with what organizational psychologist and author Adam Grant calls task conflict and relationship conflict.

As Grant notes in his 2021 book, Think Again, task conflict occurs when a group of people disagree over ideas or opinions—everyone is united against one problem, even if they disagree on the solution. In contrast, relationship conflict occurs when these types of disagreements are filled with personal animosity, flared tempers, and even insults. While the latter type of conflict can tear teams apart, the former is an essential part of effective teams and partnerships.

The reality is that even if two or more people agree on a problem or a priority that needs addressing, they may have very different ideas about the solution. When people debate those ideas—and avoid attacking each other personally—that is productive task conflict, and an important way to get all the ideas on the table and reach the best outcome.

However, if you take a dismissive attitude toward other people and their viewpoints, you’ll actually suppress the best ideas; your contempt for other people will show, and you won’t be open to hearing anyone else’s perspective because there’s no foundation of trust or respect. You will be arguing with them as a person, rather than arguing with the merits of their ideas.

The best teams know how to keep productive task conflict from dissolving into relationship conflict. When things get heated, and people entrench in their positions, it’s crucial to separate the idea from the person and engage with that viewpoint directly, rather than attacking the person who disagrees with you. Even for teams that start out with trust and respect, this can be a hard thing to do.

A key strategy for keeping arguments in the task conflict space, rather than falling into relationship conflict, is to do what Patrick Lencioni calls “disagree and commit,” as shared in his bestselling book The Five Dysfunctions of a Team. Lencioni recommends that once all viewpoints on an issue are voiced, the team should make a decision, either via a vote or the leader’s choice, and everyone must agree to execute on that decision.

Effective teams trust each other enough to move forward with a course of action, even if some members disagree with it personally. The hallmark of a great relationship is to move from conflict to a proposed solution without any lingering animosity, and full support of the plan.

The next time you come into conflict with another person or group, ask yourself, am I debating the merits of an idea, or am I debating the merits of this person? Understanding the difference between the two, and focusing on the idea, is often the difference between exiting a conflict amicably and productively, or walking away with lingering animosity and no clear solution.

“The absence of conflict is not harmony, it’s apathy. If you’re in a group where people never disagree, the only way that could really happen is if people don’t care enough to speak their minds.”