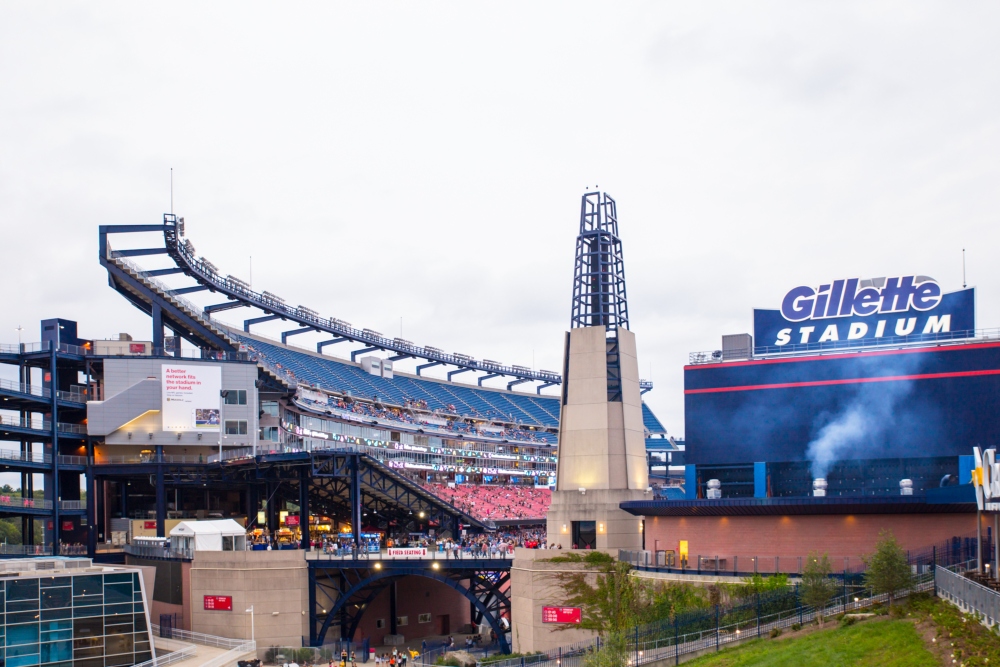 If you’ve been following Friday Forward for a while, you had to know this post was coming…

Earlier this month, the New England Patriots (a professional American football team for those of you outside of the U.S.), won their sixth Super Bowl championship, cementing them as one of the greatest professional sports dynasties in modern history.

Think about a business having this level of success. Naturally, it would attract more talent and have money to spend. The Patriots, however, don’t have this luxury. In fact, the inverse is true.

The amazing thing about their victory and sustained dominance is that they play in a league (NFL) designed for parity and competition. The league’s hard salary cap, where each NFL team has the exact same amount of money to spend on players’ salaries, is structured to level the playing field. And, come NFL Draft time, a highly competitive event where newly eligible players are picked by round, the team that most recently won the Super Bowl picks last within each round.

In a 32-team league, the Patriots have been in just over half of the last seventeen Super Bowls. Those numbers mean that the Patriots have fallen in the bottom- to last-place during draft picks. Yet, they still find a way to win year-after-year.

Imagine if Google and Apple had to pick last for talent each year?

There will undoubtedly be many history and leadership books written on the collective success generated from the pairing of Patriots’ coach, Bill Belichick and quarterback, Tom Brady (B&B). Both are sure to be immortalized as the best in history in their respective positions.

In dissecting the Patriots’ winning formula, historians are likely to pay special attention to Brady and Belichick’s fanatical attention to detail and to the Patriots’ prioritization of team and winning above individual superstars. However, perhaps the single greatest factor in the Patriots’ success, and the one likely to be studied by leaders for generations to come, will be the Patriots’ immunity to “Success Disease,” a concept coined by legendary coach, Bill Walsh.

According to Walsh, Success Disease makes people forget, to different degrees, the effort, focus, discipline, teaching, teamwork, learning and attention to detail that brought “mastery” and success in the first place. With success, especially repeated success, comes heightened confidence, followed quickly by overconfidence, arrogance and a sense that “we’ve mastered it; we’ve figured it out; we’re golden.” In turn, that hunger is diminished and even eliminated.

Renowned confidence expert, Peter Atwater, has even uncovered connections between confidence and architecture. It’s during times of high confidence when great castles, college buildings and sports stadiums were built. In the case of empires, these buildings almost always precede the beginning of their demise.

The problem, as Walsh sees it, is that mastery requires endless remastery. Success is a process, not an end destination. Few winners realize this, which helps explain why repeated success is so difficult. In his writing, Walsh recounts how, after his team’s first Super Bowl victory, they lost twice as many games in the next season—even with the same personnel.

Warren Buffet has even shared that one of his biggest challenges is helping his top people—all wealthy enough to never have to work another day in their life—stay interested enough to jump out of bed in the morning.

It seems as though the key to sustained success may just be believing deeply that you don’t have it.

This is where the Patriots really shine and why they are so rare. Collectively as a team, they are known for enjoying their victories and then quickly getting back to work on the next season. They simply don’t look down from the top of the mountain for long. After the champagne has been sipped and the parade is over, they bring themselves back to base camp and begin looking up at the next peak.

Of course, some players will choose to use their newfound success to sign lucrative contracts elsewhere. Not surprisingly, that new team often gets a less motivated and more expensive player than a year earlier. This is why few, if any, of these players have ever gone on to reach the same level of personal or team achievement with their new team as they did when playing for the Patriots.

I know many are tired of hearing about the Patriots’ continued dominance, however, their formula for success can teach us all a great deal about how to sustain it and avoid succumbing to Success Disease.