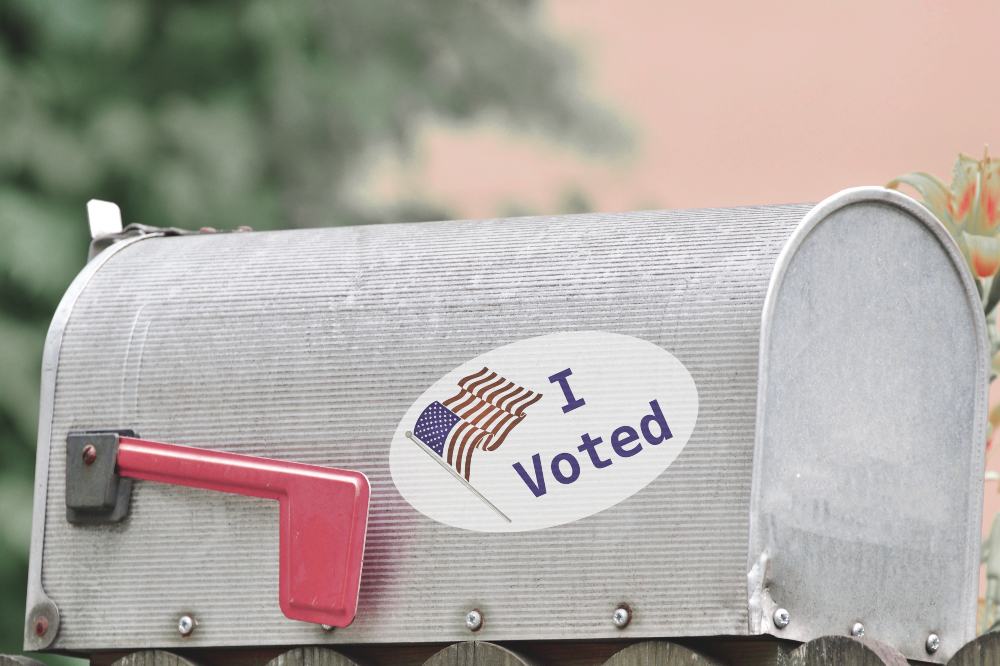 While I often steer clear of politics, it’s hard to ignore the topic this week in the wake of a historic United States Presidential Election, and a somewhat surreal aftermath that is still playing out over a week after Election Day.

What’s important to me does not fit neatly into the red or blue columns. My preferences on various issues land all across the ideological spectrum, which is why I am not a member of either political party; I value my political independence. For me, at the end of the day, fundamental principles and values take precedence over specific policies.

The United States is now as divided as it’s ever been. Drastic differences on policies and core issues have created a chasm between the two major political parties, and heavily impact the decision of voters. I don’t think we will ever see a President carry 49 states in my lifetime again, as Ronald Reagan did in 1984.

However, I have found it interesting that throughout this campaign there has been a parallel debate happening in America that has nothing to do with partisanship: the notion of form versus function.

Many supporters of President Donald Trump point to his policies as justification, choosing to sidestep or deprioritize his issues of character and integrity that long preceded his time as president, including when he was a registered Democrat.

Conversely, many supporters of President-Elect Joe Biden are drawn to his character and temperament—which starkly contrasts Trump’s—rather than a set of concrete policies which they might not fully support.

Trump’s base has always been all in, both for the person and the policies, but that base alone did not win him the election in 2016, or secure for him over 70 million votes this year. That additional support comes from many people who often assert that what he does is more important than how he does it. This viewpoint is a different way of saying that the ends justify the means, and it has a real impact on our culture.

On the other hand, many who oppose Trump struggled to reconcile their support for some, or many, of his policies with their internal value systems, which were often ingrained at a young age by family, teachers and even religious institutions.

This was the core of the dissonance that Ryan Holiday expressed when he recently penned a public letter to his father a few weeks ago titled, “Dear Dad, Please Don’t Vote For Donald Trump This Time.”

Holiday is a bestselling author and expert on Stoicism, a philosophy of personal ethics with a deep foundation of personal responsibility, and grew up in a conservative family. He was even asked to join the Trump administration in a marketing capacity after the 2016 election, though he declined.

As a kid, Holiday remembered becoming aware of politics for the first time after hearing about an upcoming local election from his friend’s parents. He asked his father whether he supported the Republican or Democrat in the race. His dad responded that people got too caught up in party affiliation, and that what really mattered was character, whether you could work together with the person, and whether they could do the job.

Holiday’s dad instilled in him a deep set of core values, placing the importance of integrity above all else. This is why Holiday openly struggled to reconcile his father’s support for Trump in 2016, noting in his letter:

“I feel real grief—were the lessons you taught me as a kid not true? Did you not mean them? Was it self-serving stuff to make sure I behaved?”

While I don’t know how Holiday’s father voted in the end, I do think it’s a mistake to take character off the ballot for either party. Issues and policies matter, but in the end, many policies and decisions are formed and informed by character, judgment and either the presence of, or lack of, integrity. If you can’t trust someone’s word, how can you trust their position?

Once, our personal values sat above power and politics in our ideological hierarchy. But somewhere along the line, that pyramid became inverted. If we are willing to let artificial political lines obfuscate our values and believe that the ends always justify the means, I worry we are going to wake up one day and no longer want to be a part of, or even recognize, the culture we have created.

“Once politics becomes your ethnic or moral identity it becomes impossible to compromise, because compromise becomes dishonor.”