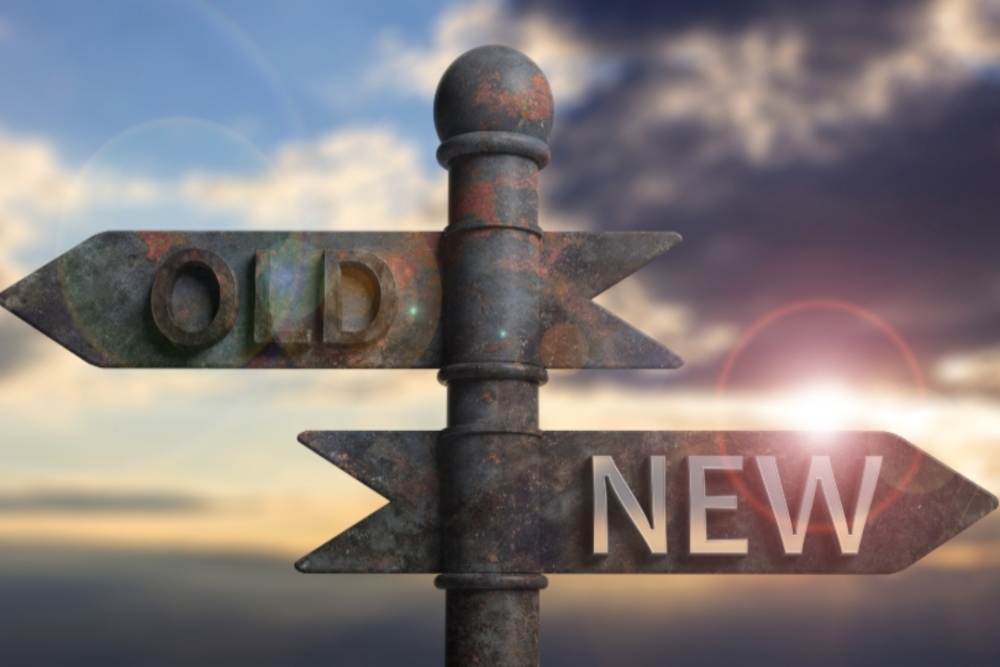 We all know that change is hard; as much as we might want it, embracing it is another thing altogether.

Change is also particularly difficult when we have invested our time and effort in a specific direction. We often don’t want to admit that we made a mistake or that the game has changed so we double down on the wrong decision. It’s a psychological phenomenon called the “sunk cost fallacy.”

While a common tendency, it’s essential to recognize it when it happens. The reality is that, to create something new, we often must destroy or give up on something old, a concept known as “creative destruction.”

This is the circumstance I found myself in with the Friday Forward website. About a year ago, I updated the site and had a clever idea to make it look like pages of a journal. The truth is, the older site, which was simpler and had more contrast, provided a better user experience for readers, especially those reading it on their mobile devices. As such, more people shared it with others.

After investing a lot of effort in that new site, I found it difficult to acknowledge that my cool, clever idea might not have been cool or clever and hadn’t been the right move.

In addition, as is often the case, circumstances also changed. Around the same time of this redesign of Friday Forward, I launched a personal website, RobertGlazer.com, which became the new home for my book features and the Elevate Podcast. However, this left Friday Forward disconnected from my other work and writing.

I spent time convincing myself that there were a variety of reasons Friday Forward needed to be separate but, in retrospect, it was really because having them separate was familiar and easier. I also knew that merging Friday Forward into the other site would require a lot of work.

So, what changed my perspective? In this situation, it was feedback from a friend, Adam Reimer, who I consider to be a marketing ninja. When I asked for his advice about whether I should merge Friday Forward into RobertGlazer.com, he asked a few questions about how people used it and the connection to my other work. After listening to my responses, he simply said, “Of course you should.”

And there it was. The very obvious answer that I knew to be correct deep down, but needed someone else to tell me.

After this conversation, I realized that I’d once again fallen victim to the sunk cost fallacy and that it was time for some creative destruction. The result is a simpler design of Friday Forward and a new official home on RobertGlazer.com, which launches today.  The old site will be redirected in the next week.

Are there still bugs in this Friday Forward transition? Absolutely. Some we know about, some we don’t.

The reason why we chose to launch today is because we set a firm date, which is an important component of preventing procrastination. If you always wait until something is perfect or ready, it won’t get done and you will miss out on opportunities.

Here are my learnings from this realization and process:

Excited for you to check out the “new” Friday Forward and, if you find something that is broken, please let me know!

“The only thing that is constant is change.”