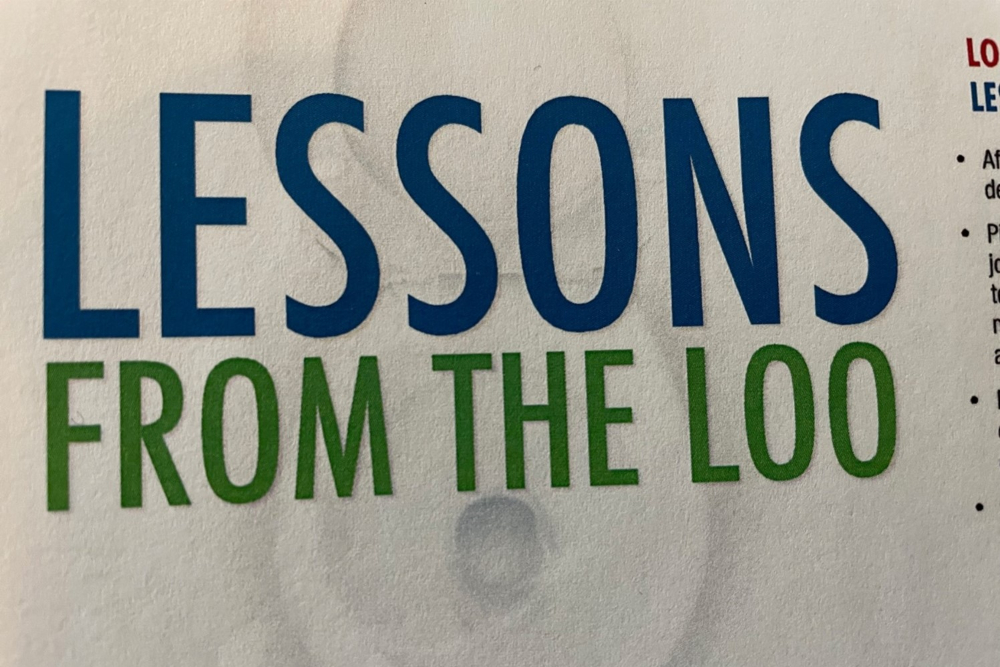 A few weeks back, I delivered a presentation on the future of remote work to a group of private equity leaders based in New York City. The session was organized by Robert Landis, a founding partner of the Origination team at Riverside Capital, a lower- and middle-market private equity firm with an incredible track record over three decades of investing.

Riverside invests in mostly founder-led businesses and I recently read about one of their biggest “exits” to date, selling a business for more than 60 times its purchase price.

I joked with Landis about the potential size of the tombstone for that recent deal. A tombstone is a glass or plastic desktop plaque that commemorates a transaction and notes the different parties who were involved. In the investment world, it’s essentially a trophy, and most people in the industry display them proudly—you may have even seen them sitting on a desk in the past.

Landis responded to my joke by revealing that he’s not a big fan of tombstones. He explained that there is little to learn from them, and when they sit on your desk, you can become complacent, overconfident, and overly-focused on past accomplishments.

Landis was much prouder of a practice his firm created that is effectively the opposite of a tombstone: they call it “Lessons from the Loo.”

Plastered in the bathroom of Riverside’s office is a “Lessons from the Loo” poster, which displays details and learnings from the investments Riverside has made that did not have a positive outcome. The lessons include both specific information about each deal, and repeatable patterns that may crop up in future potential investments and, fittingly, run the risk of the investment going into the…well, you can probably guess.

Every time employees at Riverside use the bathroom, they are reminded not of their incredible track record, but of where the firm has erred, and what the team can learn from those missteps.

The partners at Riverside have been right far more often than they’ve been wrong. Their choice to display the lessons from their failures so prominently is indicative of a culture that prioritizes learning and being transparent about failure. Great organizations want employees to share failures openly so that mistakes are not repeated. It’s okay to fail, but it’s not okay to keep making the same mistake; the former is often an error of omission, while the latter is an error of commission.

“Lessons from the Loo” is also a not-so-subtle reminder to employees to keep their heads below the clouds.

I asked Landis how many times Riverside had lost all their money from an investment, a rare occurrence in private equity. He noted that while it had only happened a few times, they were often for the same reason. In most cases, the founder had committed some sort of fraud, whether through a lack of integrity, falsification of financials or omission of key risks during the process of due diligence. Essentially, those deals were doomed before the relationship even began. Cataloguing these failures—and recognizing this pattern—has led Riverside to create new processes designed to root out these issues in a prospective deal.

That takeaway reminded me of something I heard years ago, paraphrased from a Warren Buffet quote: “It’s hard to do a bad deal with a good person and a good deal with a bad person.”

While it’s important to celebrate our individual wins, people and organizations who win the most over the long run learn from their mistakes and don’t repeat them. That includes making sure you are careful to do business with the right people in the first place.

“One mistake will never kill you. The same mistake over and over again will.”