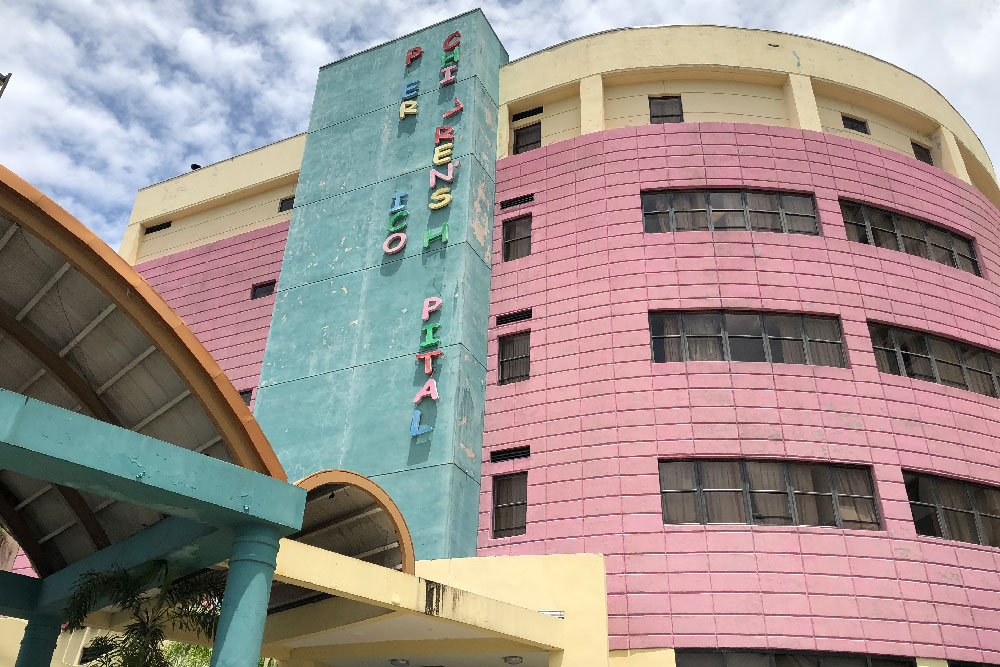 Last week, I wrote about my family’s recent service trip to Puerto Rico for April break and shared some key learnings from the experience, including the importance of community and getting out of our comfort zone.

I wanted to follow-up this week with a few more thoughts and takeaways.

When giving, you often gain something unexpected. In my case, while cutting thousands of vegetables for World Central Kitchen, I saw one of the chefs doing a rock and cut motion that has alluded me for over a decade. After a few lessons and hours of practice, I now have it down and acquired a new life skill. Similarly, my daughter never felt comfortable around knives in the kitchen. She too got some instruction and, by the end, was comfortable cutting anything. She took that confidence with her into our own kitchen at home.

Even before an all-day power outage, many of the traffic lights were not functioning, often at large three-lane intersections. While you would expect this to result in chaos, people cooperated and adapted to keep their driving situation safe. A few cars would go from one side and then let cars from the other side go; everyone was civil and respectful. This situation gave me a better perspective for how we can work together when faced with a challenge. I was also reminded that we tend to adapt to changes faster and better than we believe.

The best-selling book, Hillbilly Elegy: A Memoir of a Family and Culture in Crisis by J. D. Vance depicts the deepening divide between different cultures and classes in the United States –  particularly from a “city versus country” perspective.

I saw this same dynamic in Puerto Rico. For example, at first glance, you would not know that there had been a devastating Hurricane in downtown San Juan less than a year prior. But travel 30 minutes outside the city and the havoc and destruction that Maria wreaked is pervasive.

When the power went out countrywide, almost every building we could see in San Juan had power thanks to generators. In the rural areas? It was dark.

We also saw the same discrepancy visiting the private children’s hospital downtown and the public hospital outside of the city. The former looked very similar to what I would except to see in Boston, with lots of glass, bright colors and modern infrastructure. The latter felt more third-world, with few windows, metal-barred cribs and heavy doors that kept patients isolated in their rooms.

Our worlds become very small when we stay within our own bubble. Sometimes, even a short drive minutes away can burst that bubble, significantly altering our perceptions and perspectives.

While volunteering with Lola, I asked her what she needed most besides food and money. Her response was “beds.” She explained that several people in the community did not have a clean bed to sleep on since the storm, including one who recently had a stroke and heart attack.

Our company just so happens to work with a lot of mattress companies. So, upon returning home, we reached out to them. As of right now, we are in motion with a few partners on an initiative to get clean, comfortable beds to those who need them most – and it all started with a question.

The best advice I can give you is to experience something different this year. It could be a trip, a new way to get to work or just changing your routine. You will be surprised by the impact.

If you haven’t yet, I’d also encourage you to read the Esquire article that spotlights the work organizations like World Central Kitchen and people like Lola are doing to bring light and hope back into the lives of Puerto Ricans.

If you missed Part One,  you can read it here.

“Sometimes the only reason for us to be somewhere else is to see things from a different perspective.”