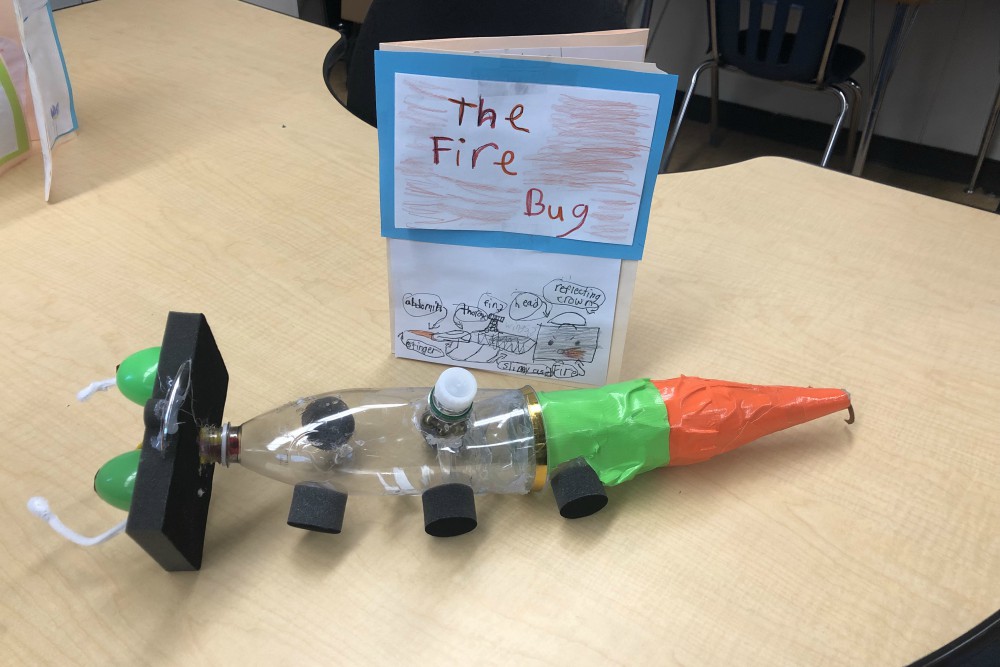 This week, my youngest son’s school held their Insect Fair, where students invent their own “insect,” including its backstory.  What was different about this year’s event compared with the previous ones for my other two kids was that the parents never saw the kids’ creations prior to the reveal at the fair.

After seeing far too many projects being turned in that looked like the work of professionals (aka, parents) and not elementary kids, their school transitioned to having all major projects completed in their classroom.

The school has also stopped giving kids homework before 5th grade because teachers were having a hard time figuring out which kids had truly mastered concepts and which hadn’t. Many parents were unwilling to let their kids’ homework be turned in uncorrected and/or with mistakes.

I give a lot of credit to the school for making these changes and for being cognizant of the current micromanaging parental culture that has necessitated it. It’s clearly paying off.

One of the major differences I saw from this year’s student creations was that they were far more colorful, creative and inventive than previous years’ parent-assisted models. The backstories were also far more imaginative.

My son’s own “Fire Bug” lived on a diet of people, fire and sushi, and he was excited to tell us about it. More importantly, it was his team’s creation, something that they were noticeably proud of.

If you’ve ever had a micromanaging boss, you know how demotivating that heavy-handed approach can be. Instead of being able to make your own mistakes and learn from them, the expectation is that everything must be completed to perfection. As a result, you become more focused on avoiding mistakes and not doing something “wrong” rather than on being creative and generating ideas that your boss might not have expected or come up with themselves.

One of the most disturbing trends I see today in our achievement-oriented culture is the value placed on getting things “right” instead of on creativity and learning from mistakes.

In fact, just last week I learned from an expert on generational differences and communication styles that individuals born in the “Gen Z/post-millennial” generation (loosely 1995-2010, McKinsey & Company) prefer to be told explicitly what to do as opposed to being left to figure things out on their own.

This generational insight left many Gen Xers in the room (born between 1960 and 1979) questioning whether these preferences are something that should be nurtured in the workplace – especially if an organization is looking to develop emotionally intelligent leaders who understand the value of delegation, empowerment and decentralized decision-making.

For example, one of the motivations behind a benefit we launched in the US at our company, where we pay employees to stay offline from work, was to incentivize and encourage delegation, one of the hardest leadership skills for someone transitioning from an “individual contributor” to a “manager” to acquire.

In many cases, team members were working while on vacation, not because they were told or expected to, but because they’d designed too many critical systems to run through them. They hadn’t empowered their team to step up.

Whether you are a parent, teacher or leader, promoting independence and the development of others is one of the greatest gifts you can give. Here are a few tips to help you make this shift:

While my son and his team’s Fire Bug may not win any prizes, I hope the experience will build his confidence and lead to more important wins in the future.

“The ‘result’ of micromanagement is perhaps tangible in the short run, but more often causes damage for the long term.”