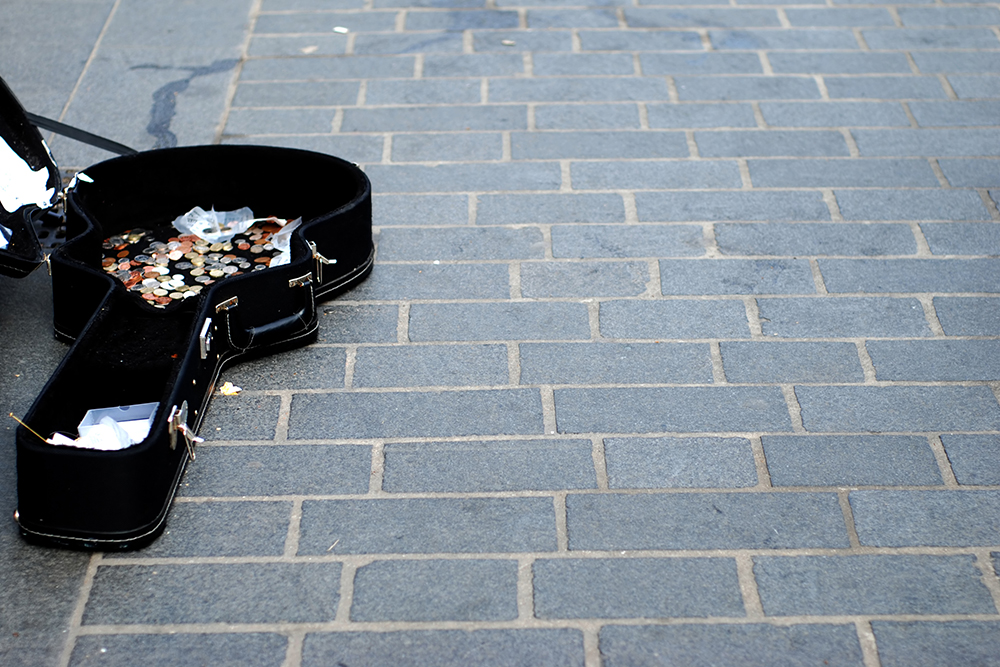 “Dad, can I buy Ed Sheeran’s latest album?” This was the question my 13-year-old daughter asked me, to which I replied, “Who buys albums anymore?” However, after listening to the full sixteen song album that night, I realized how incredibly talented Sheeran is; his songs have an incredible range of styles and tempos. Talent alone, however, is rarely enough to guarantee success.

If you have read my Friday Forwards, you know that one of my favorite endeavors is to debunk the myth of the overnight success — Sheeran fits this mold to a T.

At 14-years old, Sheeran began performing in London and convinced his parents to let him move there at just 17 to continue writing and singing. He apparently played in 300 live shows over four years and sold self-published CDs from a rucksack without any real success. Along the way, he lost his apartment and resorted to “sofa surfing” at friend’s homes and even resorted to sleeping on the Tube (London’s underground public rapid transit system), and by a heating duct outside Buckingham Palace. He recounted on those times in a recent interview, saying:

“There were moments I wanted to give up. The nights that you don’t have a couch to sleep on or you don’t have money in your pocket, or food in your stomach, or a charged phone, those become the nights where you reassess your situation.”

But he didn’t give up. In fact, he forged ahead. In April 2010, he bought a one-way ticket to Los Angeles with one contact and no money, just the hope and will that he’d get discovered. He continued his couch-surfing and played open mic nights all over the city. But eventually, he got his big break.

At the end of 2010, Sheeran was spotted by Jamie Foxx’s manager, which led to him being invited to perform on Jamie’s SiriusXM channel. After Jamie heard Ed’s music, he invited him to crash at his place and record at his home studio. In addition to this good fortune and his incredible talent, he continued to use YouTube and social media to market his music, which eventually resulted in a record deal.

From there, his career started to take off. His first album, “+” was followed by his second album, “X”.  His new album is titled “÷” (Divide). In an interview, Sheeran disclosed that this was the naming plan for his albums all along, leaving little doubt for me that his next album will be called, “–“, thus continuing his mathematical album naming sequence and his commitment to live out the plan he envisioned for himself.

In 2013, Sheeran sold out three shows in a row at Madison Square Garden, an unprecedented feat for a new artist. He then took a huge risk, contracting out Wembley Stadium, which seats 90,000 people. He was openly questioned for his decision to play such a large venue as an emerging solo artist — with just a guitar and some pedals.  However, playing at Wembley had been a life-long dream of his and he was determined to prove the doubters wrong. In the end, he had the last laugh. Not only did he sell out his show, he had to add two additional nights due to demand, both of which also sold out.

Despite his rising stardom, Sheeran failed to win a Grammy award the first 13 times he was nominated, which only motivated him more. Finally, in 2016, he took home his first Song of the Year Grammy for, “Thinking Out Loud.” His recent album “÷” (Divide) is the culmination of these experiences and may ultimately go down as one of the top-selling records of all time, but Sheeran is far from an overnight success.

There is no doubt Ed Sheeran has tremendous talent, but so do many other artists – all of whom have similar aspirations to make it big. So, in addition to his talent, what’s led to his stratospheric success? Some familiar themes emerge.  He had a clear vision and a plan; he had an incredible work ethic; he had dogged determination and persistence to see his dream through, despite failures, fatigue, disappointments, and setbacks. He was willing to take risks and bet on himself; and he’s remained humble throughout it all.

Last, but not least, Sheeran did not give himself a safety net to fall back on. Plan A (success as a musician) was his only option. Maybe he was just following the advice of his father, who once told him “If you really want to do it, don’t have a fallback plan. Because you eventually will do it if there’s no other option.”

Either way, the man had a plan.

“Success is the best revenge for anything.”