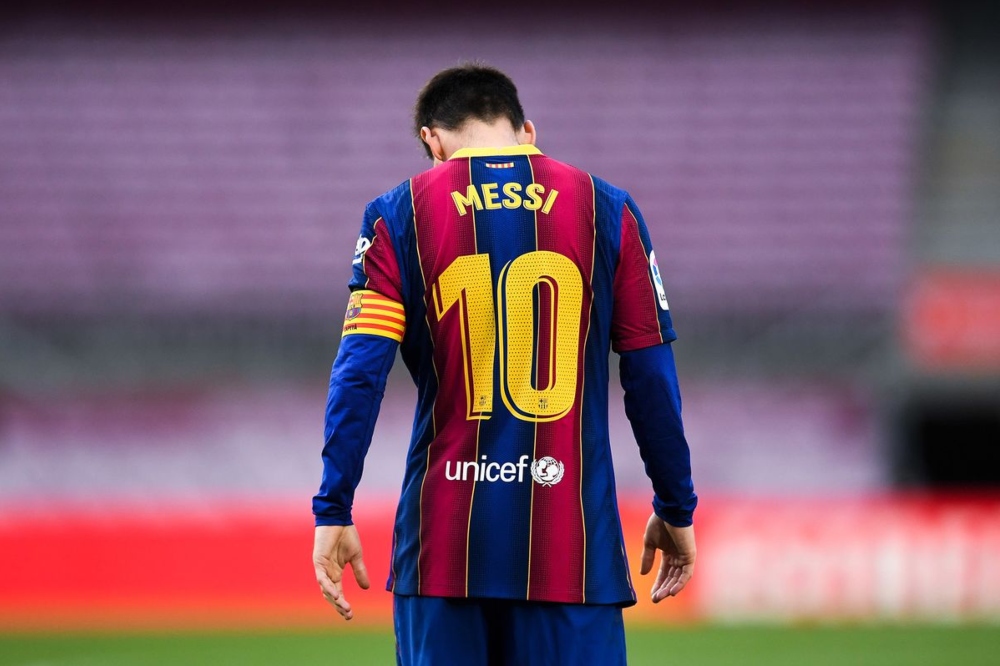 Last Sunday, Lionel Messi, one of history’s greatest football players, held an emotional press conference to say his official goodbye to FC Barcelona. In doing so, Messi left the only club he has played for in his illustrious 18-year professional career.

Unlike many athletes who leave their teams, however, Messi, the face of Barcelona for almost two decades, did not become a free agent because he was looking for a big pay increase. The reason for his departure is much more surprising.

Despite being one of the world’s most valuable sports franchises, Barcelona is now at least one billion dollars in debt. The team overextended itself in its drive for championships, particularly by giving huge contracts to several players who weren’t worth the money. Because Spain’s largest football league, La Liga, restricts how much money overleveraged clubs can spend, Barcelona is suddenly unable to afford its greatest player, even at a lower salary.

Barcelona is in a unique financial situation because the club is extremely valuable, even if it isn’t profitable. Barcelona’s ownership group could sell the club at any point for a massive windfall, even with its debt burden, and as a result they have likely been much more focused on winning than on profitability.

Knowing that, Barcelona’s abrupt belt-tightening is a wake-up call. If even FC Barcelona can’t live within its means, what does that say about the rest of us?

Once upon a time, we saved for the things we wanted to buy and bought them once we could afford them. However, over the past few decades, we have seen a dramatic increase in the use of credits cards, personal loans and home equity loans, allowing us to borrow money for purchases we could not otherwise afford to make. The latest iteration of this trend is the rapid growth of the Buy Now, Pay Later (BNPL) loan industry.

These many loan options have made it much easier for us to live beyond our means and purchase things before we can pay for them. The concept of saving money over time and paying for something upfront has become almost foreign today. We have traded the experience of fulfilling a savings goal for the stress of overextending ourselves and pledging our future income before we’ve earned it.

There are certainly cases where it makes financial sense to borrow money to make a purchase, which is why buyers often borrow to invest in an appreciating asset such as a home or business. However, regularly borrowing significant money to pay for something that depreciates, such as a car, furniture, or a vacation, can pull people into a perpetual cycle of debt.

Ultimately, the difference between saving to buy something and taking on debt to buy something has everything to do with our level of discipline and ability to delay gratification. A debt payment is really just a form of forced savings, but with an additional interest expense.

No matter your level of income, when you continuously live beyond your means, you are creating a future liability that will come due and could have an adverse impact. Barcelona certainly never expected to be unable to afford Messi as a result of its reckless spending.

Living within your means, on the other hand, has many benefits. It helps you learn to be content in the present, allows you to buy things without having to borrow money and, perhaps most importantly, gives you the ability to survive an unexpected setback or emergency.

We can still accomplish great things without spending lavishly or living beyond our means. People and businesses are ironically often most innovative when they have to operate with financial constraints, rather than having the freedom to buy a solution to every problem. By contrast, individuals and companies that are highly leveraged and living above their means leave themselves open to catastrophe when there is an unexpected bump in the road.

Unlike Barcelona, most of us don’t have billions of dollars in equity or deep-pocketed owners to fall back on when misfortune strikes.

“He who will not economize will have to agonize.”