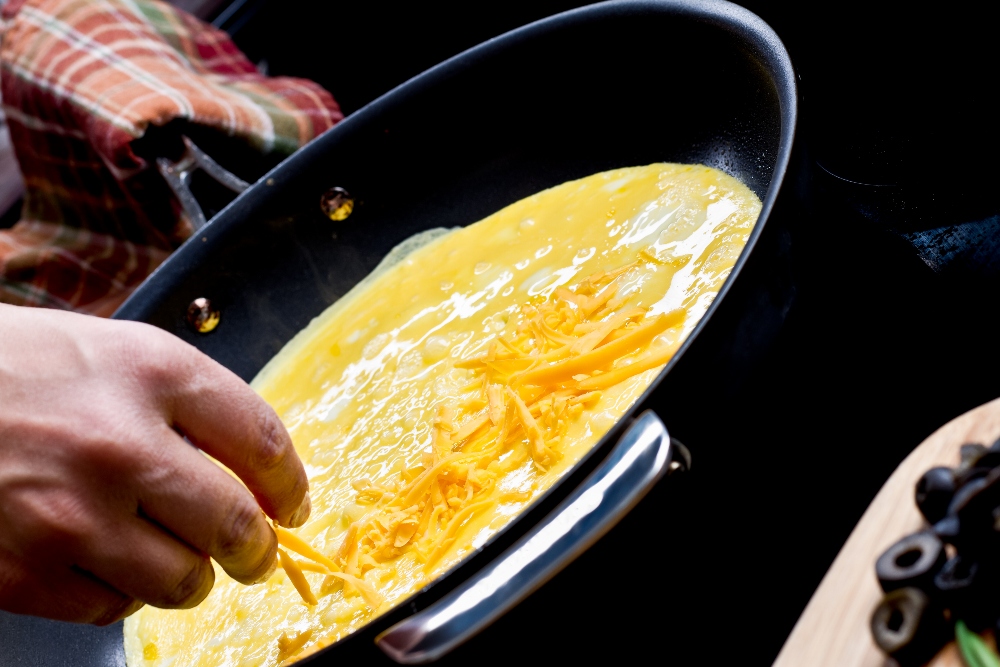 I was greeted by a friendly omelet cook who took my order and began frying it up. As I watched him cooking on an eight-burner stove, the question was too obvious to avoid asking:

“Absolutely,” he replied, without a moment of hesitation.

He proceeded to share that he’s worked at the hotel for 15 years, including 12 as an omelet cook. As we continued chatting, and I was drawn to his positive demeaner and energy; he reminded me of one of my favorite Friday Forward stories about excellence that I share in all my keynotes. I love people who take pride in their work and strive to master their craft. Plus, he wasn’t all talk—he made a great omelet.

I left the interaction thinking I’d connected in a unique way with him. But on the next two days of our trip, as I returned to the omelet station, I noticed that the cook found a way to insert his credentials and expertise very subtly into each conversation he had. Even my boys noticed this and mentioned it to me unprompted, after hearing the cook share with the person in front of them in line that his philosophy was, “practice + repetition = excellence.”

This rubbed me the wrong way and I couldn’t figure out why. Then, I realized it wasn’t really about the cook, who seemed well-intentioned but shared quite a bit of unsolicited advice that seemed to always tie back to his credentials. But really, my response stemmed from the fact that his approach reminded me of a tactic that has become more common today, especially on social media: the humble brag.

The humble brag is when someone makes a seemingly modest, self-critical, or casual statement or reference that is meant to draw attention to one’s admirable or impressive qualities or achievements. Humble brags often seem innocuous enough in the moment, but they can become grating when you hear them repeatedly, especially from the same person.

Here are a few classic examples of humble brags.

“I’d be the WORST at price is right. Brought 20K to buy a monitor, it was $350. @MandaLeatherman can vouch for how clueless I am with prices.” -@RealKidPoker

It still amazes me that I can be in Prague, London and the Paramus Whole Foods all in one day. Travel and technology boggle my mind.” -@JohnnyGWeir

“I’m wearing a ponytail, rolled out of bed from a nap, at the bar w/ my guy and guys r still hitting on me. Like really??” -@AmesLorraine

Here is the thing about the humble brag: while it’s often done in an attempt to sound less boastful, research in the Journal of Personality and Social Psychology shows it is actually more off-putting to people than straight-up self-promotion. People react much more negatively to people they perceive as insincere.

As it turns out, humility and self-promotion don’t mix well. We are better off separating the two in our communications, especially on social media. If you want to highlight your accomplishments or abilities, just be upfront about it. Weaving the bragging in between moments of humility doesn’t fool anyone—if anything, it makes the humility ring false, rather than making the bragging sound softer. Plus, characteristics such as excellence and positivity resonate more with others when you show, rather than tell.

Hopefully the 200,000 of you who read this note each week around the world and respond sharing how these notes impact your lives will get some important value out of this message.

Doesn’t that sentence you just read feel uncomfortable? Whether we realize it or not, humble brags often sound cringey. While everyone needs to promote themselves from time to time, our accomplishments are typically more impressive when we allow them to speak for themselves.