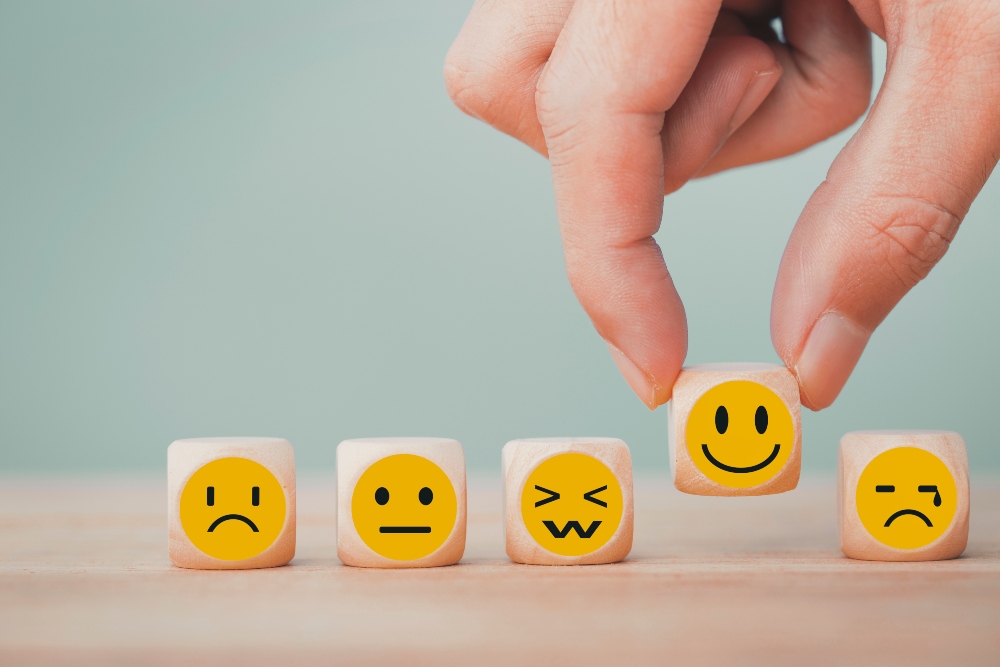 Recently, I was watching an episode of Shark Tank , a popular competition television series where entrepreneurs pitch their ideas to “sharks,” business leaders such as Mark Cuban and Barbara Corcoran, who either reject the business or make an offer to invest. On the episode, a young female entrepreneur became very emotional at several points in the presentation as she pitched her business and decided on an offer.

Her emotional performance received a mixed response. Corcoran declined to invest, giving the feedback that the entrepreneur needed to avoid crying and becoming emotional and that it could affect whether investors viewed her as trustworthy. A lively debate then ensued between the other sharks, male and female, as the group was sharply divided on Corcoran’s advice.

I reflected on this interaction after the episode, as I am conflicted on this issue. It was interesting to note that this feedback was given by a woman to another woman, and women are more likely to be stereotyped as overly emotional.

Emotional expression has its place, but emotional control is essential in life and business. This is where the 80/20 Rule should apply: it’s often best to reserve significant emotion for the occasions where it has the most impact and is seen as a positive.

Showing raw emotion can be effective at times when dealing with colleagues, partners or even clients. None of us want to work with robots—not yet, at least—and being vulnerable or showing emotion on choice occasions shows the people we work with that we’re human. Even crying can have its place in a moment of vulnerability, or when we are demonstrating our passion for the work we do. This is the 20 percent of the 80/20 rule.

However, it’s also important to control our emotions the other 80 percent of the time. Being able to manage our emotional responses, even in the face of adversity, is a foundation of the emotional capacity principle I wrote about in Elevate—it allows us to perform better and win others’ trust and confidence. No one wants to follow a leader who is an emotional rollercoaster, especially in a crisis.

This 80/20 balance is crucial. If you’ve worked with someone who is highly emotional most of the time, it can be hard to know how they’ll behave on any given day, especially during challenging times.

I love seeing people show emotion in the workplace, but having worked with people over the years who are constantly letting their emotions get the best of them, I have also seen how exhausting that can be for both them and others.

This point is where I agree with an aspect of Corcoran’s advice to the Shark Tank entrepreneur. Ultimately, emotional control relates to trust; people often fear that colleagues are less trustworthy if they cannot regularly control their emotions in a professional environment. Those employees who lack emotional discipline may also be less likely to be trusted with vital tasks or decisions, as their leaders are often unsure how they might respond at any given time.

People who constantly overreact emotionally are also less likely to receive the feedback they need to improve. If a person breaks into tears or gets angry every time we give them feedback, most of us would come to dread those feedback conversations, and eventually might avoid them altogether. Learning to handle feedback—and proving to others that you can handle adversity and difficult situations—is a huge part of building your capacity, personally and professionally.

Like many things in business, emotion has a time and place. It’s crucial to have your emotions be seen as an asset and not a liability.