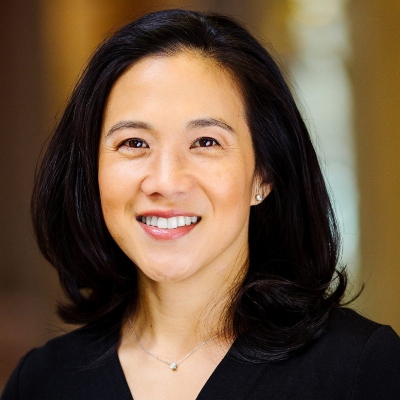 Angela Duckworth on Building Grit in Life and Business

Angela Duckworth is the founder and CEO of Character Lab, a professor at the Wharton School of Business, and the author of the influential NYT bestselling book, Grit. She has received the MacArthur Genius Grant, co-hosts the No Stupid Questions podcast, and has delivered one of the most popular TED Talks of all time.

Angela joined host Robert Glazer on the Elevate Podcast to talk about her journey to study psychology, why grit is so crucial to success, and how to use grit in life, business, parenting and much more.

1. How Angela took a journey from aspiring doctor, to consultant, to classroom teacher, to psychologist.
2. The role values play in setting goals and building grit.
3. Striking the correct balance to build grit as a leader, parent and individual.

Angela Duckworth is the founder and CEO of Character Lab, a nonprofit whose mission is to advance scientific insights that help children thrive. She is also the Rosa Lee and Egbert Chang Professor at the University of Pennsylvania, faculty co-director of the Penn-Wharton Behavior Change for Good Initiative, and faculty co-director of Wharton People Analytics.

A 2013 MacArthur Fellow, Angela has advised the World Bank, NBA and NFL teams, and Fortune 500 CEOs.

Prior to her career in research, Angela founded a summer school for underserved children that was profiled as a Harvard Kennedy School case study and, in 2018, celebrated its 25th anniversary. She has also been a McKinsey management consultant and a math and science teacher at public schools in New York City, San Francisco, and Philadelphia.

Angela’s TED talk is among the most-viewed of all time. Her book Grit: The Power of Passion and Perseverance is a #1 New York Times bestseller. Angela is also co-host, with Stephen Dubner, of the podcast No Stupid Questions.